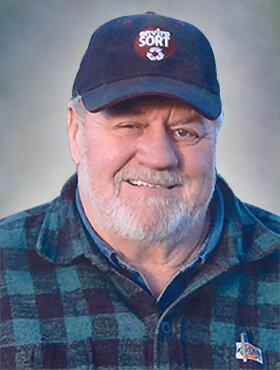 Ronald Smith passed away Tuesday, April 26, 2022, at the age of 84 years. He leaves behind his beloved wife of 59 years Beverly Smith (nee Lebbert) of Strathmore, AB.

Ron was born in Lethbridge, AB, on June 11, 1937. He moved to Calgary as a teenager where he attended Western Canada Memorial High School and Crescent Heights High School. Ron was very active in sports and joined the football team in High School and joined the Calgary Mustangs for a time. He moved to Utah for a short period then went on to California to upgrade his education in Radio and Television. Upon his return to Calgary, he worked as an electrician, during this time he met and married Beverly on March 15, 1963.

After realizing electrical was not for him, he took on driving a taxi and started a position as Floor Director at CHCT, (CFAC/2&7/Global TV). After some time, he was hired full time and worked his way through the ranks from Floor Director to Cameraman to Director until he was promoted to Supervisor of Master Control. He remained with the TV Station until his retirement. Ron also had a passion for music and enjoyed many years as a DJ along with working full time at the TV Station.

After his retirement, Ron finally had the time to return to his roots of farm life, purchasing his dream farm in the Stettler, AB, area where he and Bev resided for 20 years. He lovingly called it Fenn Haven Ranch and enjoyed his time with the farm life of raising cattle and haying. He loved having all the extra space to have family gatherings and small get togethers for friends and neighbours.

One of his most memorable vacations was a trip he and Bev took to Hawaii, he loved it so much Bev had to drag him back to the airport just in time to catch their flight, he always said that was one flight he wished he had of missed. His Family will miss his knack of nick naming every person he knew, some of those nicknames have lived on to this day.

A Celebration of Life will be held at McInnis & Holloway (Eastside, 5388 Memorial Drive NE, Calgary, AB) on Saturday, June 11, 2022, at 2:00 PM. Reception to follow in the Hospitality Centre at the Funeral Home. Family and friends who are unable to attend in person are invited to join Mr. Smith’s service streamed live (see below) on the day of the service. For those who are unable to view live, a recording of the service will be posted. Condolences, memories, and photos can also be shared and viewed here.