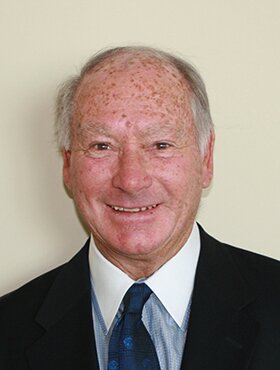 John was born in Brentwood, Essex, England on October 22, 1943. Always an adventurer, John immigrated to Canada in 1974, settling in Calgary, AB. He worked for many years in the oil and gas industry, while also obtaining a PhD in Anthropology from the University of Calgary and the Open University, UK.  He had a true entrepreneurial spirit, travelling and founding many companies across the world, including in Australia, The Philippines, India and Thailand, as well here at home, most notably Berkely Petroleum Corp.  John was an avid traveller, especially sailing on his yachts. He also enjoyed collecting art and artifacts, but he was happiest enjoying his land with his pets and will be remembered most for his love of wildlife and tales of his travels.

Besides his loving wife of 56 years, Patricia, John is survived by his daughter Caroline, niece Nicola, sister-in-law Jane and extended family in the UK. He was predeceased by his brother Michael and parents Gerald and Gwendoline.

A Private ceremony will be held on his acreage in Priddis at a later date. Condolences, memories, and photos may be shared and viewed here.

If friends so desire, memorial tributes may be made directly to The Calgary Humane Society, The Foothills Country Hospice, or another charity of your choosing.