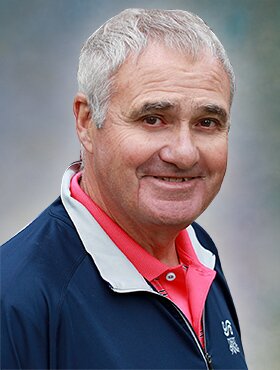 Our family is so sad to announce the passing of a very dear husband, dad, and grandad. Barrie Heywood, beloved husband of Jacqueline Ann Heywood (nee Withers), of Calgary, AB, passed away peacefully in his sleep on Friday, April 29, 2022, at the age of 77 years. Barrie was larger than life itself and he will be missed deeply by his family and many friends.

He was born in Ashton-Under-Lyne England on August 1, 1944. He married Jackie in 1968, and two weeks later immigrated to Canada, making their first home in Goose Bay, Labrador. He taught at Happy Valley Elementary before becoming the principal at Goose Elementary for three years. He moved to St. John's, NL in 1972 to attend Memorial University, where he completed a BA and BEd degree.

In 1974, Barrie attended the University of New Brunswick Law School. He was awarded the Lord Beaverbrook Scholarship in Law, which he retained throughout the three-year period. He was admitted to the Bar of Newfoundland in January 1978. In October 1987, he set up his own law firm, Heywood Kennedy Belbin, in Mount Pearl, where he thoroughly enjoyed his career for thirty years, as a prominent trial lawyer. In 2003, he was appointed to the Queen's Counsel.

In 2007, he retired and moved to Calgary with Jackie, to be near their three sons and their families. Their new home in Calgary became the setting for many family dinners, special celebrations, and social gatherings. Barrie and Jackie were members of the Country Hills Golf Club, where they met dear friends who shared their love to golf, travel, or just relax and enjoy a game of bridge or Canasta. They also spent their winters with some of these friends in Phoenix, AZ, where their social circle grew even larger with the addition of their American friends.

Barrie cherished time spent with family, playing with his grandkids, and teaching them how to play cards, chess, and golf.  His grandkids were so very fortunate to have such a fun, loving, energetic grandad, whose eyes lit up the moment you walked in a room. He would then smile and wrap his arms around them for a big hug.

A Celebration of Barrie's Life will be held at McInnis & Holloway (Park Memorial, 5008 Elbow Drive SW, Calgary, AB), on Saturday, May 7, 2022, at 2:00 p.m. Reception to follow in the Hospitality Centre at the Funeral Home. Family and friends who are unable to attend in person are invited to join Mr. Heywood’s service streamed live (see below) on the day of the service. For those who are unable to view live, a recording of the service will be posted. Condolences, memories, and photos can also be shared and viewed here.

Share Your Memory of
Barrie
Upload Your Memory View All Memories
Be the first to upload a memory!
Share A Memory
Send Flowers