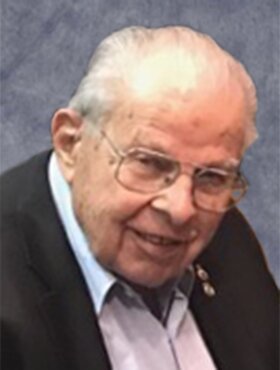 Born in Three Hills, AB, Earle moved between Gleichen, AB, and Cluny, AB, before joining the Canadian Armed Forces at the beginning of WWII.

He met and married his wife Evelyn in Scotland and moved to Calgary where they raised three children. Earle worked as a postal clerk until his retirement. He was an avid member of the Retired Postal Workers and the Royal Canadian Legion.

Those wishing to pay their respects may do so at Queen’s Park Cemetery (3219 4 Street Northwest, Calgary, AB) on Wednesday, May 11, 2022, at 1:00 p.m. Condolences, memories, and photos may be shared and viewed here.