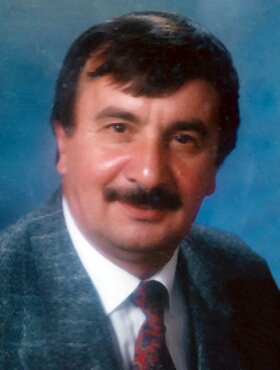 Michael was born in Boiano, Italy on August 5, 1941, and he immigrated when he was fourteen with his mom to Canada in 1955 joining his father in Banff, AB. A few years later he started his professional career and began cooking at Bertollo’s in Banff, continued his career as a cook in Calgary at the Calgary Petroleum Club and then he was a Chef at the Calgary Steak House for several years.  He then moved on to be a chef de partie at the Calgary Exhibition and Stampede Catering for more then twenty years.

Michael enjoyed painting and gardening and spent many hours on his ride-on-mower at his and Isabelle’s Acreage in the beautiful Creston Valley. He will be most remembered for his kind and generous spirit he always loved to lend a helping hand.

Besides his loving wife, Michael is survived by his two sons, Dominic and Anthony, his uncle and aunt Antonio and Maria Romano, and his cousins Mickie (Bill), Cameron and many other extended family and friends in Canada and Italy. Michael was predeceased by his parents Domenico and Assunta.