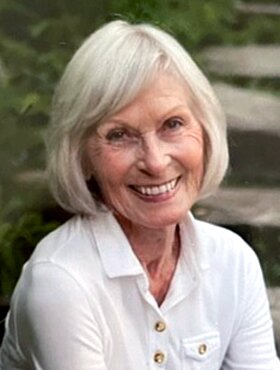 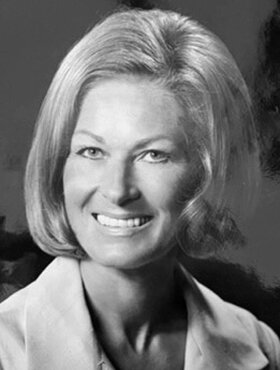 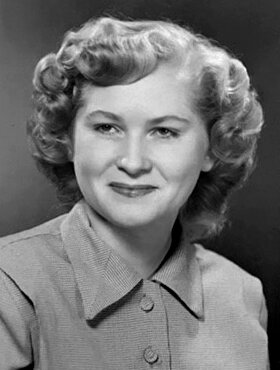 Cherished mother, grandmother, great-grandmother, sister and friend, Joan Eleanor Jones (fondly known as Joni by all who knew and loved her) passed away in her 90th year on Tuesday, May 3, 2022.

Joan was second born to parents, Barbara and Gustaf Nelson.  She was predeceased by her brothers, Leonard, Allan and Donald. She is survived by her sister Gail (Frank Smyth); her children, Kevyn (Ann Marie), Terry (Margaret), and Susan (Gregg Shoemaker); her grandchildren, Doug, Lauren, Franci, Megan, Andrew, Isaac, Wesley, and Kaitlin; and her great-grandchildren, Gavyn, Eleanor, Rylan, Hattie, William, Jade, and Lucy.

Joan was born on September 3, 1932 in rural Alberta. It was the values of her hard-working farm family that shaped the extraordinary and resilient woman she became.

Upon finishing high school, she attended the Camrose Nursing College, after which she practiced nursing for a short time. Her nursing career was interrupted by her meeting and being smitten by the love of her life, Doug Jones. They married in 1953 and soon moved to Calgary, where Doug began his career as an engineer in the Oil and Gas Industry and Joan began her new life as a wife and mother. Tragically, Joan was widowed in 1965 and forced to confront life as a single mother of three energetic children. Throughout her life, Joan worked tirelessly to provide for her family. In 1979, she remarried Hugh Hamilton until his passing in 2003.

Joan’s dedication to her family and her faith grounded her throughout her life. She accomplished many milestones in her working career as a professional model, real estate agent, and top sales consultant for Mary Kay Cosmetics.

Joan had a passion for wellness and filled her life with various creative hobbies. She had a brilliant smile and an incomparable charm that allowed her to connect with every person she met. Joan will be remembered for her caring heart, her brilliant sense of style and her tendency to be the first person on the block to buy into a new idea or gadget. She was the star of every room she entered and will be forever missed by her friends and family.