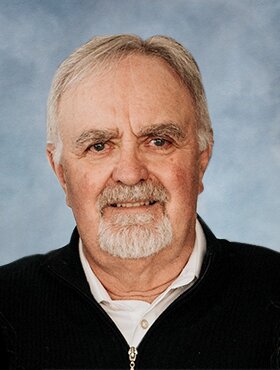 Idiot Boy Productions and the Los Angeles Dodgers are devastated to announce the passing of Brad McManus, their co-founder and namesake and their biggest life-long fan respectively, on Tuesday, May 3, 2022 at the age of 76 years. The grief of his three daughters, Sydney Currie (Daniel and 16 month-old Iris) of Australia, Samantha McManus and David Karp of Brooklyn, NY, and Alexandra McManus and Aram Aharonian of London, England is boundless.  Brad also leaves behind his first wife, Andrea McManus, which is how he gleefully referred to her from the moment they were married.  And although their marriage only lasted a mere 31 years, Andrea just as gleefully reminded him from time to time, as they were swapping custody of the family boss, Maddie, that she was still his only wife.

Brad, or BT as he was affectionately known by many, was one of a kind (some of us say thankfully!) who collected friends and acquaintances of all stripes along the way. According to him, his life was one big story and man, did he tell those stories well and often.  So often, in fact, that his family and friends would often join in as they too came to know them by heart. Never too worried about the future (also to the chagrin of those closest to him), he enjoyed every tiny moment of the present, revelled in the past, and was always looking forward to making new memories.

Brad was born in North Bay, ON to Charlie (a WW2 RCA navigator who couldn’t read a street map) and Iris (a no-nonsense woman who, according to her son, threatened a priest away from her doorstep with a butcher knife). The first 14 years of his life were spent on various army bases around the world, where he was eventually joined on the family travels by sister Geri McManus Wilkes (Peter), sister Kim McManus, and brother John McManus. Brad wiled away his time on the baseball field where he was the star shortstop, even going so far as to make the league championship. He never forgot that his moment of glory (and future MLB career) was whisked from his grasp by another family move. But this was where his love of baseball and his lifelong passion for the Brooklyn (now LA) Dodgers started. Brad had more Dodger paraphernalia than just about anyone, and you would be hard pressed to find a fact about them he didn’t know. Although he and Andrea loved to add to their art collection, his prized pieces were beautiful photographs of just about every iconic baseball field. He did his best to pass on his love of the Dodgers to his girls, decking the twins' nursery out in Dodgers pennants and teaching Sydney to read with a picture book of baseball greats - he was so proud that she knew the name of every one of them.

Brad became a legend when he and a group of well behaved, quiet, and sensible fellow lawyers and bankers founded Idiot Boy Productions. There were many sedate ski trips to Whitefish Montana, where the careers of Steve Dangerous, The Singing Grandma, Marvelous Marv, Donny Dewdrop and Eddy the Egg Eater (just to name a few) were launched. To this day, everyone involved counts their lucky stars that IBP was in its heyday well before smart phones and social media!

Brad was an ardent fan of his adopted hometown Calgary.  He was involved in politics at all levels, was a lifelong fan of the Calgary Stampeders, Folk Fest, BBQ on the Bow, and could be found at the Chucks every night of Stampede. He was a dedicated patron of Mikey’s and the Ironwood – and knew where to find the best live music on any given day.

But above all, Brad’s greatest achievement and love was for his three beautiful daughters. He was the definition of a girl dad before the term was coined. In the early years, he spent Sunday nights painting nails (if only so people could tell the twins apart), squiring many a shopping trip, never failing to deliver his sartorial advice that resulted in lots of eye rolling, and making sure all three girls could throw a strong punch. He was immensely proud of each of them and got a lot of mileage from telling anyone who would listen that he had gone from a carefree bachelor of 40 to a husband, mortgage holder and father of three girls in just three years.  He loved being involved and could be found at every ski race, dance recital, basketball game, music recital, or debate tournament. He made sure they were all excellent skiers, read a wide range of books, could back up their opinions, and hold their own when expressing them. He instilled in them a love of music, baseball, books, and their father.

While COVID kept us apart for the better part of two years we stayed connected with weekly Zoom calls, and were very blessed that we were all able to gather in Val d’Isère for two weeks at Christmas. We are forever grateful that he was able to meet his first grandchild, Iris Quinn Currie (then 11 months), in person for the first time. She may not remember the meeting, but she will be sure to remember Brad as he lives on through his, and our, many stories.

We will be gathering for Brad’s Last Party at one of his favourite venues, the Ironwood Bar & Grill, 1229 - 9 Ave SE on Monday, May 9, 2 - 5 pm, to share Brad’s stories, raise a glass to a life well lived and listen to every sad country song that was ever written. We ask that the only head gear be a Dodgers baseball cap or a Stampede cowboy hat. Condolences, memories, and photos can also be shared and viewed at www.McInnisandHolloway.com.

Share Your Memory of
Bradley (Brad)
Upload Your Memory View All Memories
Be the first to upload a memory!
Share A Memory
Send Flowers