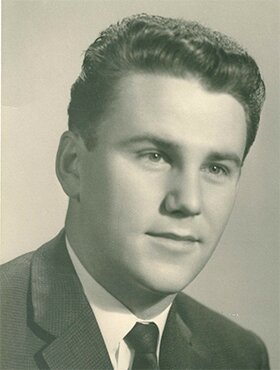 Sandy was born in Kimberley, B.C. and raised in Noranda, Quebec then moved to Toronto to attend Upper Canada College. Following in the footsteps of his great grandfather, grandfather, and father, he graduated from Michigan University of Technology with a B.Sc. Geological Engineering. His love for prospecting and for the outdoors ranged from field work to overall management of exploration projects on grass-root, semi-developed and producing mining properties in North America, South America, West Africa, and Asia.

He was a member of the Alberta Southern Pioneers and their Descendants (Stafford-Lethbridge), the Canadian Institute of Mining and Metallurgy and the Prospectors and Developers Association of Canada.

Left to mourn his passing is his wife, Gale; sons, Darcy (Rylee), Stafford (Georgina), and his beloved grandchildren, Tristen, and Payten. He will be remembered by his nieces, Johanne, Christine, Lynn, and his nephews, Jacques, Mark, David, Kenneth, Steven, Robert, and their families, his brother-in-law Eldon (Shirley) and his cousin Marianne. Sandy was predeceased by his mother Margaret, father Bill and his brother Ted.

A memorial service will take place at a later date. Condolences, memories, and photos may also be shared and viewed here.