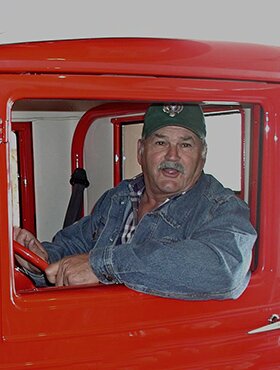 Following a wonderful Mother’s Day meal with family, Bob Mackenzie passed suddenly due to heart complications on Sunday, May 8, 2022.

Born in Vermilion, Alberta, Bob spent most of his life in Edmonton, with a short stint in Calgary while attending SAIT to become an auto mechanic. During that time, in 1954, Bob met Marjory (Marj), the love of his life. They married November 9, 1957. Following in father Jack’s footsteps, Bob ran Mackenzie Auto Service until the business was sold in 1975. Between that time and retirement, Bob worked for Imperial Oil as a shop foreman and later ran an Esso gas bar for several years with Marj as his business partner. Sons Mark and Calvin worked in the businesses he ran, with Calvin also becoming a mechanic.

Retirement brought many years at Apache Wells, a 55+ park in Mesa, Arizona, where he and Marj built many new and lasting friendships.  He had great pride attending Saturday “Beautification”, contributing within a group of volunteers who landscaped the park. After family, Bob loved cars, racing, camping, gardening, travelling in his RV with Marj and his 32 Chev pickup.

Share Your Memory of
Bob (Robert)
Upload Your Memory View All Memories
Be the first to upload a memory!
Share A Memory
Send Flowers