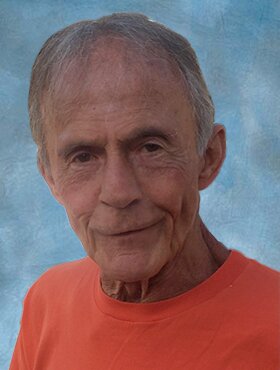 On May 10, 2022, Ken Manchul drove his ‘71 Dodge Challenger convertible in Plum Crazy purple with the top down and music blaring up to the sun to reunite with his father, Matthew Manchulenko, and mother, Marsha Goryk. Waving bon voyage and until we meet again are his loving wife Valdean (nee McAndrew); children Ken Jr., Kristy, Dean and Bryan (Sarah); grandsons Thor, Mac, Hunter and Brock all of Calgary; brother Richard (Edna) Manchul of New Westminster; and much-loved sisters-in-law, nieces, nephews and cousins.

Ken had an ability to connect with everyone, and to find a commonality that made people love him. He was known everywhere for his passion for life and his colourful expressions: Winnipeg, New Westminster, Waikiki (Big Lake), Albert Beach (Little Lake) and his home in Calgary. People knew Ken, and he made a point of knowing them. He was a Pipefitter by trade and became a successful entrepreneur with his keen knack for knowing what people need and want. In his younger years, he was often seen at the Calgary Stampede and Klondike Days, with family in tow, offering bumper car rides and selling popcorn and cotton candy in the concessions. He made the best cabbage rolls, perogies and kielbasa at his Little Ukraine restaurant at Southcentre Mall. He channelled his love of the Lake Winnipeg community to create Pioneer Log Homes and built his own log cabin by hand at Albert Beach, which became his oasis every summer for over 40 years. Ken established Orchard Juices, blending premium fruit juices and bar mixes for  Western Canada’s industrial foods sector, steering his company to be one of the big players in the market. Success came through hard work and brilliant intuition.

He loved his sports communities (hockey, cycling, bodybuilding, sailing) and loved to watch his kids and grandkids play, and yes, was the consummate Hockey Dad. Family road trips in the station wagon or van to Vancouver, Winnipeg and Disneyland were always entertaining and involved pit stops to see the Ogopogo (which he always saw) and other attractions along the routes. Camping in his Volkswagen van and serving up hotdogs and hot chocolate to the kids at Bowness Park after skating or Fortress after a day of skiing. He loved his people, sunbeams, cookies and doughnuts, NASCAR, Dean’s barbecue, reading action novels, celebrating two Christmases, his grand kitties Dexter and Rocket, and his grandsons most of all. He adored his doctors who kept putting him back together to beat the odds, time and again for more adventures. After 79 years, it’s time for our Superman to rest.

A Celebration of life will be held at a later date. Condolences, memories and photos can also be shared and viewed here.