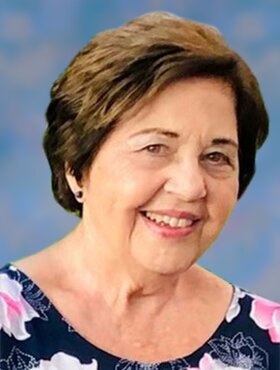 So sorry to hear of Josie's passing. She was always so vibrant and full of life. Please accept our condolences Jim and to your family Sincerely Patricia and Paul De Carlo.

To the Family of Josie Hennessy:

I didn't know Josie; however, I noticed that she was born in Malta in 1943. Her survival in those World War II conditions would have been partially due to the 32 "Aces Of Malta", young men who were serving in the Royal Canadian Air Force and the Royal Air Force. These pilots protected the island of Malta from invasion by the Nazi Germany army and also from the incessant bombing raids by the Luftwaffe.

One of these young pilots was Flight Lieutenant Rodney Thirsk Phipps DFC from Strome, Alberta. He left his studies in Geology at the University of Alberta to volunteer for the Royal Canadian Air Force. He was awarded the Distinguished Flying Cross for the courage and skill which he exhibited during his service in Malta.

Following World War II, Rod Phipps returned to the University of Alberta to complete his studies in Geology. After graduation he moved to Calgary, using his university training to work in the field of oil exploration. Sadly, Rod Phipps passed away in Calgary on September 28, 1965.

Rod Phipps son Graeme also graduated from the University of Alberta with a degree in Geology. Following several years of service in Calgary with companies like Esso Resources, Graeme Phipps moved into the global oil industry where he served in a number of senior positions, culminating with being the President of a major international oil company. I met Graeme during his time at university and we have remained close friends. Although he currently resides on the Isle of Jersey in the English Channel, he returns to Calgary regularly. His most recent trip was only a few days ago. I did forward the information on Josie Hennessy to Graeme.

I would like to share my fondest first memory of Josie. When Jim was in Grade 2 at Sacred Heart School in Peterborough, he came home from school one day and told my Mother that Josie Serra was the prettiest girl in the class, and she remained so in his heart for her lifetime. I have many more memories of the fun times that Richard & I had with Josie & Jim when our children were young and of the vacations we shared in New York, Montreal, Calgary and Myrtle Beach, but that first one is the dearest to me. I will miss you Josie, and your beautiful smile,