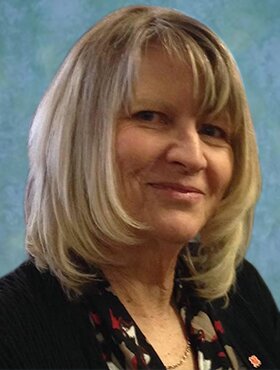 Dawn was born in Port Elizabeth, South Africa, to John “Jack” Edward Preston Pooley and Erica Lee Pooley (nee Stoyell) on February 25, 1946. She had two sisters, Gail and Barbara, with whom she was very close. She married her great love, Richard Robert Kumm, and they celebrated their 54th wedding anniversary on March 16, 2022.

Her love for hiking, travel, and the outdoors was well known. Dawn hiked all over South Africa with close friends and family. Always up for an adventure, she never shied away from a challenge and embraced the opportunity to ride the rapids on the Orange River, hike the Fish River Canyon and the Otter Trail to name a few. In 2000, she climbed Kilimanjaro with a team that included her younger sister, Barbara, and hiked the Annapurna Circuit in Nepal a few years later. Whether she was riding a yak over the Thurong La, or challenging her guide to a footrace up the Valley of the Kings while in Egypt, Dawn inspired others to live life to the fullest. Her philosophy embodied this quote from one of her fridge magnets:

“Life should not be a journey to the grave with the intention of arriving safely in a pretty and well-preserved body, but rather to skid in broadside in a cloud of smoke, thoroughly used up, totally worn out, and loudly proclaiming ‘Wow! What a Ride!’” – Hunter S Thompson.

Dawn was an avid reader of fiction and poetry since childhood, and this translated into a love of education and writing as an adult. She received her Bachelor of Arts and both a Bachelor and Master of Education. She worked in early childhood education for many years, and later as a lecturer at the University of Fort Hare. Richard and her later moved to Canada to join their daughters, Raylene and Tracy. Once here, she opened an Educare Centre, again pursuing her lifelong passion for education.

Dawn is survived by her husband, Richard; daughters, Raylene and Tracy; sons-in-law, Brian and Mark, (and Stephen); grandchildren, Asher, Cale, Caitlin and Sydney; sisters, Gail and Barbara; and much-loved nephews and nieces.

“Two roads diverged in a wood, and I, I took the one less travelled by, and that has made all the difference.” – Robert Frost

Share Your Memory of
Dawn
Upload Your Memory View All Memories
Be the first to upload a memory!
Share A Memory
Send Flowers