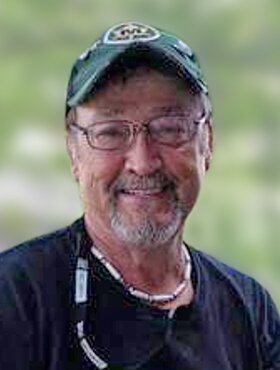 Alexander Lawrence, beloved husband of Juanita Lawrence (Porter), of Calgary, AB, passed away on Thursday, May 26, 2022, at the age of 67 years.

Alex was born in Channel-Port aux Basque, Newfoundland on April 16, 1955.

Alex accomplished much through his life and was particularly proud of his family.

Alex was quite the handyman and took pride in fixing things up. He had a love for the bald eagle and would collect anything that had eagles on it.

Alex’s most memorable vacation was when he and his family took a vacation to Walt Disney World in Florida.

"Losing a husband as special as you, has left my heart aching and it's broken in two. No words can describe all the grief and the pain.

I'd give all I have just to see you again.

But you’re with the angels, and for now I can wait.

for we'll meet again my dear husband, beside Heaven's gate.”

I will love you forever Alex XO

Besides his loving wife Juanita, Alex is survived by his two sons, Greg (Tammy) and Jeremy Lawrence, and grandchild Austin Lawrence.

Alex’s family would like to extend a thank you to all the staff, including the doctors and nurses, at the Tom Bakers Cancer Center and the Dulcina Comfort Hospice facility for all the extended compassionate care that Alex received in the pass few months. Also, to all our family and friends who sent messages, phone calls, and especially for all the love and support that we have received.

Condolences, memories and photos may be shared and viewed here.