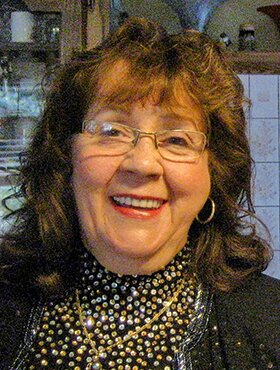 Fermina Di Lullo of Calgary, AB passed away peacefully in her sleep at home on Friday, May 27, 2022 at the age of 79 years. Fermina was born in Arzene, Udine, Italy on October 11, 1942. She moved to Sparwood, BC, Canada in 1953, where she met her husband and soulmate, Berlandino Di Lullo. They were married in Natal on July 1, 1961. Fermina and Dino built their home in Airdrie in 1961 and later moved to Calgary. They spent several years in Italy. In the early 80’s, they moved to their home on the Bow River, where she tended to her many gardens. Mina was not only a loving mother and homemaker but also an entrepreneur. She had one of the first video stores in Calgary and brought Italian entertainers to Calgary. She was the quintessential Italian Nonna. She made all feel welcomed, but nothing was more important to Mina than her family. She is survived by her husband Berlandino; and children, Dora (Scott Patten), Dany (Paula Di Lullo), Laura, Tina; and numerous grandchildren and great-grandchildren. Condolences, memories, and photos may be shared and viewed here. If friends so desire, memorial tributes may be made directly to the Women In Need Society, 134 – 71 Avenue Fisher Park S.E., Calgary, AB T2H 2H8 Telephone: (403) 255-7514. In living memory of Fermina Di Lullo, a tree will be planted in the Ann & Sandy Cross Conservation Area by McInnis & Holloway Funeral Homes, Heritage, 1708 – 16th Avenue NW, Calgary, AB, T2M 0L7, Telephone: 403-243-8200.

Share Your Memory of
Fermina
Upload Your Memory View All Memories
Be the first to upload a memory!
Share A Memory