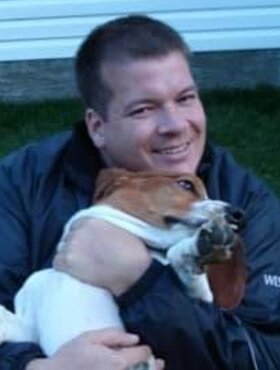 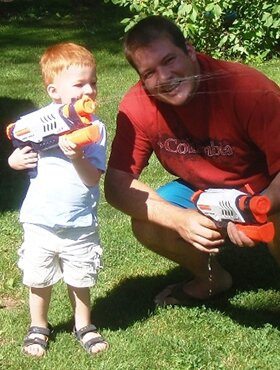 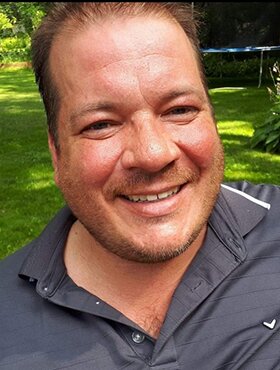 Wesley “Wes” Metler, beloved son and brother passed away suddenly on Friday May 27th, 2022, at the age of 45 years.

Wes was a graduate of Chippewa Secondary in North Bay, ON, with post secondary education at Conestoga College.   Wes's career started with Superior Propane in North Bay, ON at the age of 16, and he continued a successful career path in the industry for 23 years with various positions in sales and management in Western Canada, currently as Area Manager of Central & Southern Alberta for Co-Op Propane.

Wes grew up in North Bay, ON, and enjoyed the outdoors, had a love for animals especially his dogs, and a passion for his vast sports card collection.  Wes loved his career and the colleagues and friends in the industry he made over the years, which he often spoke fondly of.

He was a very loving uncle to his niece and nephew, a huge supporter at their hockey games, and a surprise hit at Christmas (A great Santa!), he is forever in their hearts.

Wes dreamed of one day owning a boat on the west coast and fishing during retirement, we know he is now casting a line with a smile, and his big laugh. He will be deeply missed by many and may we all cherish our fond memories of Wes.  We all love you Wes.

Wes is lovingly survived by his mother Vera Metler of North Bay, ON, his brother Barcley and sister-in-law Kaley, his niece Allison, and nephew Jay, of Millgrove, ON. He is also survived by his cousin Kevin Benson of Waterloo, ON; grandmother Katherina Krystowsky of Lakefield, ON; grandmother Marguerite Metler of London, ON; aunt Valerie Benson of London, ON; and Shannon Landrie of Calgary, AB.

Wes was predeceased by his loving father Gerald Allen Metler of Welland, ON, and guardian Gary Crocker of Virginia Town, ON.

Cremation has taken place and Wes will be laid to rest in a private family and friend service in Ontario. In lieu of flowers, donations to Alberta Children’s Hospital Foundation or the Calgary Humane Society are appreciated. Condolences, memories and photos can also be shared and viewed here.

Share Your Memory of
Wesley
Upload Your Memory View All Memories
Be the first to upload a memory!
Share A Memory
Send Flowers