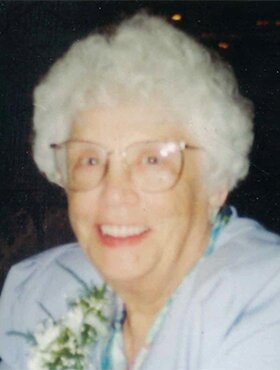 Grace was born and attended school in Hanna, AB. She later completed Business School at Olds, AB. In 1949, she married her much loved husband, Jim, and they were together for 52 years until his passing in 2002. They had two children; she was predeceased by her son Bill in 2012. She is survived by her daughter Joyce (Doug), grandchildren Diana (Dallas), Dan (Laura), and Matt; as well as six great-grandchildren. A talented artist, her life and home were filled with her paintings and crafts.

Many will miss her.

Share Your Memory of
Grace
Upload Your Memory View All Memories
Be the first to upload a memory!
Share A Memory
Send Flowers