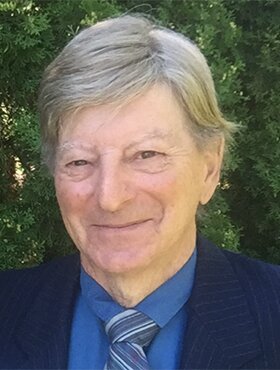 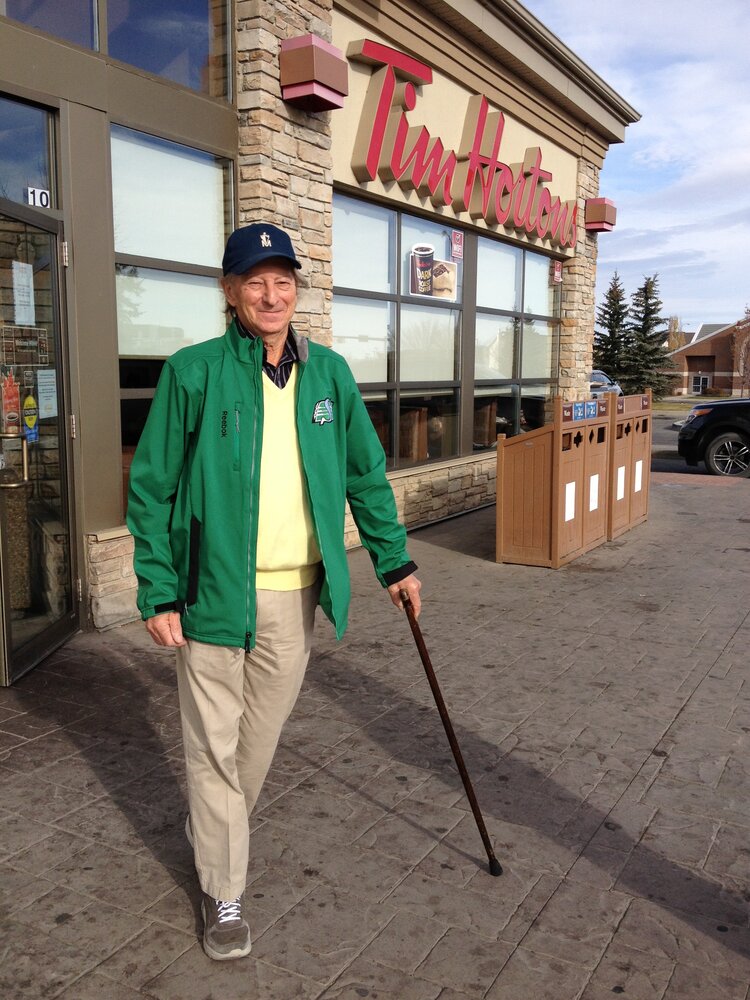 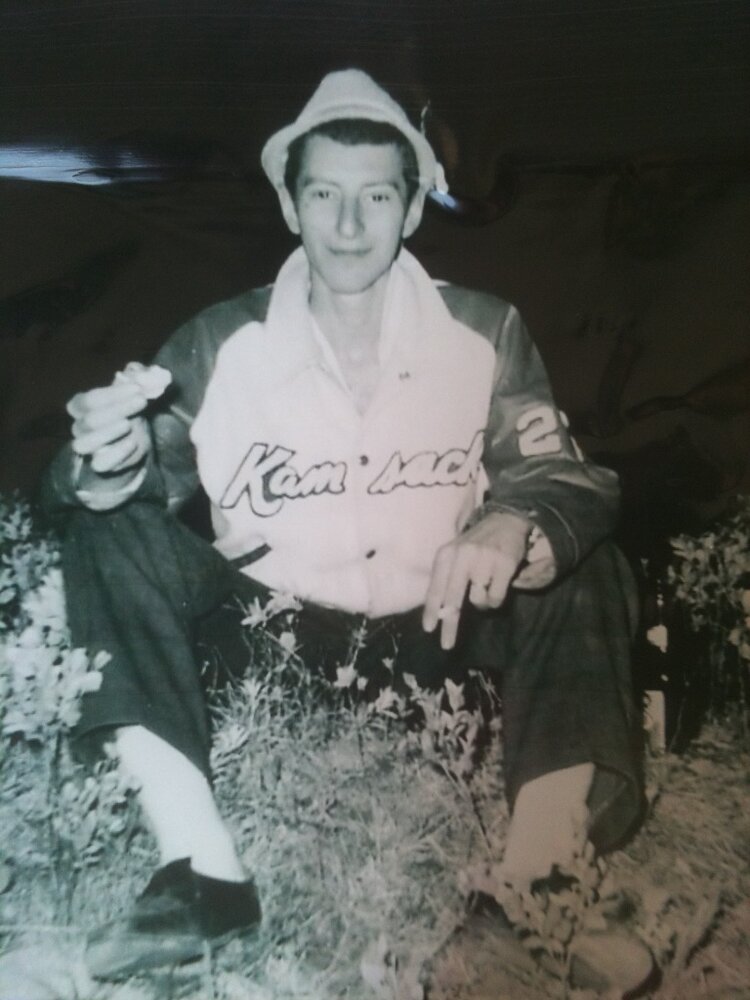 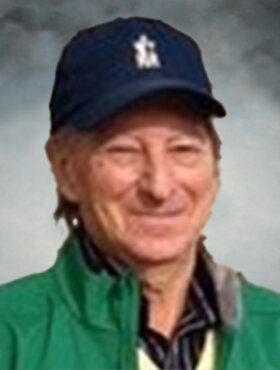 Findley “Lee” Sasyniuk passed away in Calgary, AB., on Tuesday, May 31, 2022. Fin had a long-lasting love affair with sports, perogies, coffee, Ford Thunderbirds, music, and story telling. He excelled at jive dancing, baking pumpkin muffins, being stubborn, finding creative uses for duct tape, serving soft-ice cream cones, pranking his daughters’ friends when they’d call the house, and he was one of the world’s best huggers.

Fin was the first-born son to Effie and Michael Sasyniuk with his brother Clifford arriving seven years later. Fin grew up, worked, and raised his family in Kamsack, SK., eventually settling in Okotoks, AB., to be closer to his grandkids. Unknown to many, Fin briefly joined the Air Force and sold vacuums after high school before spending most of his career with SK Power. Many people, however, will remember Fin as the smiling face behind the counter while serving coffee and ice-cream at his confectionary, Percy’s. In 1962 Fin married his lifelong partner, Eveline Buhler and was surrounded by women for the rest of his life having three daughters and five granddaughters. After his youngest daughter was born, Fin bought a male Australian Terrier named “Aussie”, just so there would be another man in the house. Aussie and Fin remained close friends and allies for many years.

Spending time with family and friends was the most important part of Fin’s life. Everyone knew him as a kind, gentle, generous man with a fun-loving personality and witty sense of humour. In his younger years, Fin loved going to dances on the weekend, playing sports, and cruising in his convertible coupe. When Fin wasn’t busy volunteering at his daughters’ figure skating carnivals, band trips, track meets and dance recitals, he could be found having a ‘schnick’ with The Captain (Mike Sas) and friends at the Kamsack Lumbar Yard after work. Fin adored his in-laws and made many trips in -30-degree temperatures to North Battleford for Buhler Family Christmases. Despite running out of gas more often than he’d care to admit, he also greatly enjoyed family vacations especially camping trips in the family Winnebago.

Fin was an enthusiastic handy-man and constantly looked for DIY projects. He painted his daughters’ 1971 Datsun sunshine yellow (with a paint brush), so the entire town knew who was behind the wheel. In a feat of “it isn’t pretty, but it works” style engineering, Fin built a second bathroom in the family’s 800 sq. foot home so he could have some peace and quiet in the mornings while his daughters fought over bathroom #1.

Fin had an unbreakable spirit but could also be remarkably stubborn. This was best illustrated when, in August 1961, he defied all odds and survived almost 15,000 volts of electricity during a power line accident in northern Saskatchewan. After 10 months in hospital and damaging 42 sq. inches of his skull, his strong spirit and stubbornness pushed him to relearn how to walk and live a fully functional life (one exception being his hair - which never grew back). Fin’s hairpieces were legendary and would often lead to uncontrollable laughter when one of them would unexpectedly land in someone’s lap, fly out a car window, or float to the top of a swimming pool because he forgot to tape it securely to his head.

Madge Lake was a big part of Fin’s life. From long days fishing with his father ‘Barber’, attending cabarets and spending lazy afternoons at the dock with a cold beer in hand, Madge Lake was Fin’s happy place.

Fin’s final wishes were for a Celebration of Life at Madge Lake where his friends and family could gather, indulge in shishliki and tell stories. Details of these arrangements will follow but our plan is that it will take place on October 1, 2022. In the meantime, the family asks that in honour of Fin you pour a drink and cheer passionately for the Saskatchewan Roughriders in their pursuit of another Grey Cup.

Share Your Memory of
Findley
Upload Your Memory View All Memories
Be the first to upload a memory!
Share A Memory
Send Flowers