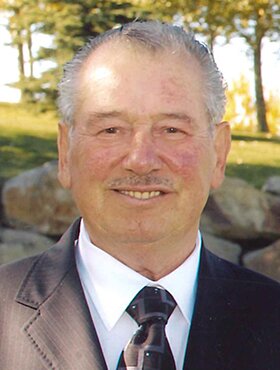 It is with sadness and heavy hearts that we announce the passing of Battista Filippetto on June 2, 2022, in Calgary, AB, at the age of 85.

Battista was born in Sala d’Istrana, Treviso, Italy, in 1937. In the late 1950’s, he moved to Calgary, AB, and joined his two cousins, Ferdinando, and Rino. Five years later, his brother, Roberto, also immigrated to Canada. Shortly after arriving in Calgary, he met Vittoria Maria, and they were married in the spring of 1960. During their 57 years together, Battista and Maria enjoyed frequent trips to Italy to visit family and vacationed in Mexico with friends. Battista first worked at Honey Boy Bakery and then established his own successful business providing meats, cheeses, and other traditional Italian products to immigrant families, allowing him to retire in his mid-40’s.

Battista was predeceased by his loving wife, Maria, his parents, Cesare and Caterina; and his brother, Ricardo. In Italy, he is remembered by his sister-in-law, Antonia; nephews and nieces, Massimo, Sonia, and Laura; as well as their families, and many other relatives and friends. In Canada, Battista will be missed by his brother Roberto, sister-in-law Ilia; their children, Anna, and Dino, and Dino’s two boys, Dontae, and Matteo. Battista will also be missed by the family of Ferdinando; Rino and his family; as well as several Godchildren, other relatives, and caring friends.

Zio Battista will be most remembered for his garden, homemade wine, and entrepreneurial spirit.

Relatives and friends are invited to a Prayer Vigil at Canadian Martyrs Parish (835 Northmount Drive Northwest, Calgary, AB, https://www.canadianmartyrsparish.ca/) on Tuesday, June 14, 2022, at 7:00 p.m. The Funeral Mass will also be celebrated at Canadian Martyrs Parish, on Wednesday, June 15, 2022, at 1:00 p.m. Graveside Service to follow at Queen’s Park Mausoleum (3219 4 Street Northwest, Calgary, AB). Condolences, memories, and photos may be shared and viewed at www.MHFH.com.

The family of Battista wishes to express sincere appreciation to the staff at the Foothills Hospital for the care they provided. If friends so desire, memorial tributes may be made directly to the Foothills Medical Centre, 1403 29 Street NW, Calgary, AB T2N 2T9, Telephone: (403) 944-1110, https://secure.calgaryhealthtrust.ca/sslpage.aspx?pid=224.

Share Your Memory of
Battista
Upload Your Memory View All Memories
Be the first to upload a memory!
Share A Memory
Send Flowers