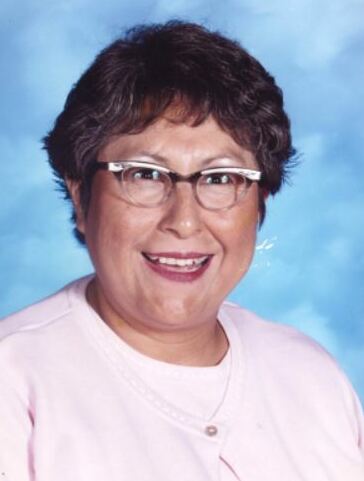 It is with great sadness we announce the sudden passing of our beloved, Terrylene Rose Many Heads on Sunday, June 5, 2022, in Calgary, AB at the age of 64 years. As many know her as Terry; she was a wife, mother, grandmother, sister, sister-in-law, cousin, niece, and a friend to many.

Terry graduated from Cluny High School and later in her years, her employment included working as a Probation Officer for Native Counselling Services of Alberta, she was stationed in Siksika. Terry also worked for the Bank of Montreal in Siksika where she was one of the first employees from Siksika. Other employment included working for Siksika Land Code, Siksika Major Projects, Siksika Justice – AISKAPIMOHKIIKS, Siksika Land Management, and with Siksika Agriculture Services until her early retirement.

Terry enjoyed travelling to many places with her husband and family. She enjoyed golfing, volunteering for the annual Siksika Rodeo Association event, berry-picking, playing a game of solitaire, word puzzles, and connecting with family and friends through Facebook, and playing at the casino. Terry made her Cursillo in 1984 with her theme being “Isaiah 49” and when she could, she enjoyed volunteering for the annual Cursillo held in Siksika.

Terry was extremely proud of her two boys and especially her grandchildren, supporting them in their extracurricular activities in every way possible. Terry will always be remembered for her kindness, good nature, gentle smile, and humorous manner.

Terry was predeceased by her paternal grandparents, Simon and Almena Big Snake; maternal grandparents, Louis and Alice Running Rabbit; her parents, Kenneth and Alice Big Snake; siblings, Debbie (Timothy) Spotted One, Bonnie (Big Snake) Wolf Leg, and Rick Running Rabbit; mother-in-law, Cecilia Many Heads and father-in-law, Jasper Sr. Many Heads; and many relatives from Siksika and the United States too many to mention.

Share Your Memory of
Terrylene (Terry)
Upload Your Memory View All Memories
Be the first to upload a memory!
Share A Memory