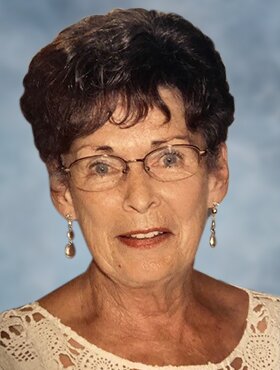 One of 5 children – Betty, the eldest was born with a twin sister; unfortunately, this twin did not survive childbirth. Betty’s parents gave birth to a second set of twins – this time fraternal – Lucille and Eugene, followed a few years later by her youngest sister, Carole.

Betty remembers her mother relying on her to assist with taking care of her younger siblings often. Her father would also rely on Betty to assist with chores around the homestead. Betty always had a very positive outlook and great sense of humor and recalled many family trips and good memories.

At the age of 21, she moved to Edmonton with her sister, Lucille, where they enjoyed living independently and working for the Canadian Western Natural Gas Company for a couple of years.

Betty accomplished much through her life – raising 5 children, managing a large garden and landscaping the Springbank property into a miniature Butchart Gardens, and running her own sewing business. She was known for a particularly successful green thumb, and a very talented designer and seamstress. Betty was an extraordinary wife and mother and profoundly proud of her family. Of her many life achievements, she always said she was very proud of obtaining her driver’s license when she was 19.

Betty enjoyed being outdoors. In addition to being an amazing gardener, Betty enjoyed a lot of golfing, curling, pottery, hiking and cross-country skiing.

Friends and family remember Betty as a genuine person who was always kind and fun to be around. Her children remember her as an incredibly strong person and the ‘very best mom in the world’.

She is also survived by her adored grandchildren, Findley, Alistair, Quinlyn, Hayden, Brio and Macsen.

Betty was predeceased by her husband Michael Melton, eldest son Michael Jr.; and her siblings, Eugene, Lucille and Carole.

Condolences, memories, and photos may be shared and viewed at www.McInnisandHolloway.com.

Share Your Memory of
Betty
Upload Your Memory View All Memories
Be the first to upload a memory!
Share A Memory