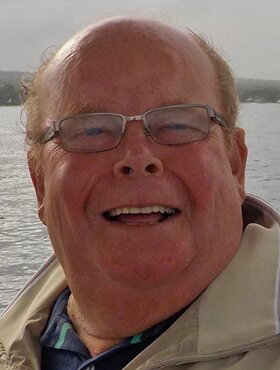 It is with profound sadness that we acknowledge the passing of Terrance (Terry) John Andrew Park, at the age of 74 years.

He was an Albertan, born in Medicine Hat, grew up in Calgary, grateful that the Americans had invested in Alberta so that he could walk to school on sidewalks. He attended Western Canada High School where he engaged in a litany of high jinx and tormented his teachers, teachers that he spoke of repeatedly with affection. He enrolled in the Commerce programme at the University of Calgary, but very soon Dome Petroleum came calling. The traditional corporate world would not hold him long. Alberta Gas Chemicals (AGCL) was his zenith and set the trajectory for his spectacular career. His mentors there and for his life were Dr. Charles Allard and John Laporto, they figured largely in conversations throughout his life. He was singular, fierce and the master of his destiny, and then he started to fade. Retirement was initially a challenge but soon he bent it to his will. He loved the Edmonton Oilers, his cars, dining out, seeing his buddies, reading, CKUA radio and his cat, Grateful. He travelled and he loved it, when he first wintered in the Turks and Caicos, he believed he had found paradise on earth.

He is survived by his brother, Sandy; sister, Peggy, and their families; sister-in-law, Heather Park and her family; and by his long-time partner, Maria. He was predeceased by his father, Cliff, his mother, Gertie, and his brother, Rick.

A Celebration of Life will be held at a later date, updates will be posted to the McInnis & Holloway website within 90 days. Condolences, memories, and photos may be shared and viewed at www.McInnisandHolloway.com.

In living memory of Terrance – Terry Park, a tree will be planted in the Ann & Sandy Cross Conservation Area.

Share Your Memory of
Terrance
Upload Your Memory View All Memories
Be the first to upload a memory!
Share A Memory
Send Flowers