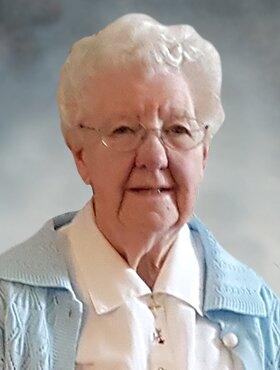 Wilma loved to knit and sew and every year, she would enter the Bearspaw & District Fair with her beautiful sewing and delicious jams and jellies. She enjoyed singing – Wilma had an amazingly powerful voice. Wilma also loved to travel.

Wilma was predeceased by her husband Clarence; and granddaughters, Kristina and Dayna.

Memorial Services will be held at Foothills United Church (3803 – 69th Street N.W., Calgary, AB) on Friday, June 17, 2022 at 2:30 p.m. Condolences, memories, and photos can also be shared and viewed here. If friends so desire, memorial tributes in Wilma’s honour may be made directly to the charity of the donor’s choice.

Share Your Memory of
Wilma
Upload Your Memory View All Memories
Be the first to upload a memory!
Share A Memory
Send Flowers