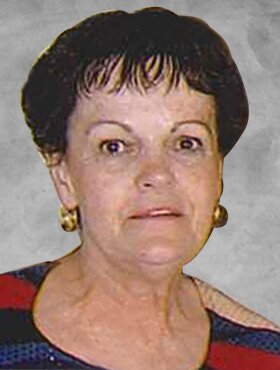 Judy was born in Calgary, AB on December 9, 1947.  She attended Woodman Jr. High School and completed high school at Henry Wisewood in Calgary. She had a number of occupations beginning as a nursing assistant at the Mayfair Nursing Home in Calgary. She enjoyed the challenge of being a camp cook in Northern Alberta and spent many years as a Costco employee in both Grande Prairie and Calgary until retiring in 2016.

Judy was a master knitter who created numerous sweaters, coats, blankets, and other items to bless her family and friends. She was also gifted at needlepoint and petit point creating exquisite hand-worked items, which decorate the walls of her home and those of her loved ones. Judy enjoyed her computer and connecting online, but her great passion and love was her little companion, Sophie, a wee ball of shih tzu fluff who often received better care at home than she did. Judy was independent and forth right, but nothing could surpass her kind, tender heart and generous, giving spirit.

A Service of Remembrance will be held at McInnis & Holloway (Park Memorial, 5008 Elbow Drive SW, Calgary, AB) on Friday, June 24, 2022 at 10:30 a.m. Reception to follow in the Hospitality Centre at the Funeral Home. Graveside Service to follow at the Queen’s Park Cemetery. Condolences, memories, and photos can also be shared and viewed here.

Share Your Memory of
Judith
Upload Your Memory View All Memories
Be the first to upload a memory!
Share A Memory
Send Flowers