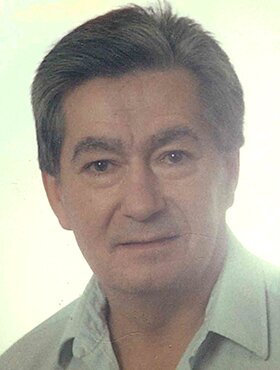 Bill Tomashewski of Calgary, AB, passed away peacefully in his own home, with his wife Gail (Valerie Elizabeth) Tomashewski at his side on Thursday, June 16, 2022 at the age of 85 years.

Bill was born February 7th, 1937 in Whitemouth, MB, to immigrant parents Felicks and Nettie from Poland/Ukraine. He grew up alongside his three sisters Anne, Elsie, and Nettie. Bill’s parents eventually moved to Winnipeg to raise the family in the North End. Living in Winnipeg is where Bill’s love of sports grew. Playing hockey, football, and track at Tec Voc. Bill got the nickname “Tomahawk” the speediest runner – skater, in the city.

Soon it was time to work and build his own family. Bill met Gail in 1961, through mutual friends. They were seemingly “set up” and were married soon after in 1962. Children, Derek Andrew (1963) and Brent Graeme (1967) were born, and the family settled in East Kildonan, Morse Place for the next 30 years. Many friends were made in the neighborhood, and lifelong friends from the hockey family.

Bill initially worked as a commercial artist (starving artist).  Painting was his calling, he painted anything from garages to the Basilica for 53 years, providing for and raising his family. Eventually both his sons tried their hand at painting and Bill’s youngest son Brent has followed his footsteps.

Bill would become part of the Winnipeg hockey hot stove league. He would show up with his gang of “experts” to arenas to watch and discuss “good hockey” not only of his son’s teams, but everything from Bantams to the old Senior Hockey League. Bill only ever had one hockey team he supported, The Montreal Canadiens. He wore jackets, jerseys, caps, and would proudly tell anyone that they were the greatest team ever, particularly to non-believers.

Eventually, Bill and Gail moved to Southeast Calgary, and finished their working careers.  They had more time to visit with their son’s family’s whom were working and living in Alberta as well. In Bills later years, he enjoyed travelling to Winnipeg to visit family and friends. He enjoyed kibitzing while discussing how Alberta was less expensive place to live, he liked to call it gamesmanship.

A celebration of life will be planned at a later date. Condolences, memories, and photos can also be shared and viewed here.