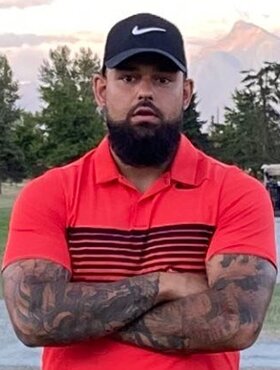 We are completely shattered by the loss of our son and brother Addison, who passed away on Friday, June 3, 2022 at the age of 30 years. Together as a family, we experienced some wonderful times during his brief life, and we were all looking forward to sharing many more.

Addison graduated from Wheaton Warrenville South High School, and later Delmar College where he received his Certificate in Barbering. Addison had varied personal ambitions and pursued them vigorously, often through integrating his intuitive and quick-thinking mindset or in using his skilled hands, for lacrosse, barbering, or a new trade.

Addie was a beautiful person in both body and spirit.  He brought a big presence, a lot of “life, love, and laughter” to our family and to those of you who knew him well and shared in his abundant zest for life.  He mostly loved to be with his friends, to share a few laughs, and those special times would often include an opportunity to indulge in an enjoyable meal.  Yes, Addie was a bit of a foodie!

If you had spent any time with Addie, you would know that he could be characterized as a bit of a protective warrior, one with a big heart, if he believed in you and you in him.  He loved many people, was a caring and loyal friend and if you needed help or something tangible, you could count on him to come through for you. Ace, his little Pomeranian buddy and faithful car companion, as well as some of you, know how far Addie would go to find the lost and bring them home.

By choice, Addison had always been an athlete and whole heartedly participated in various sports and physical activities that brought him vigor, fulfillment, and peace to his soul.  He particularly enjoyed playing golf with friends, working out at the gym and cheering on his favorite teams, whether in football, lacrosse, or his beloved hockey.  Go Flames Go!

Along with his loving parents, Gregory and Valerie, Addison is survived by his siblings, Natalie, Ethan, and Gabriel, all of Calgary, AB, as well as numerous extended family and friends. Addison was predeceased by his grandparents, Reginald, Alfred and Emma, George, and his sister Sophia Nicole.

Share Your Memory of
Addison
Upload Your Memory View All Memories
Be the first to upload a memory!
Share A Memory
Send Flowers