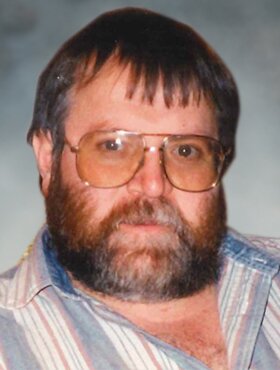 Ken was born in Bowmanville, ON, on September 4, 1950. Ken was one of four kids to Howard and Marion. Ken had two sisters, Barbara and Eleanor; and one brother Dave. He grew up in Ontario and he moved to Calgary, AB, in the early 70’s.

Ken met Linda Calon in 1973 and later married on April 15, 1975. Linda had two children from a previous marriage, Myles and Shawn Farr, and Ken and Linda welcomed their daughter, Danielle Fox, on July 22, 1979. Ken and Linda were married for 41 years and divorced in 2018.

Ken started his career at Twin Pak, which was bought out by Amcor, in the blow mold industry. While working for Amcor, he became a blow mold technician and traveled and moved to Brazil for two and a half years, then moved to Olympia, Washington for two years. During his Brazil years, he got to travel around and enjoy all that Brazil had to offer. He made so many great lifelong friends over the years through work (you know who you are), especially his pal Roberto whom he met in Brazil. Ken came back home to Calgary, AB, in 2005 and worked at Westbridge until he had to retire due to his health.

Ken is survived by his daughter and son-in-law, Danielle and Chris Segar; as well as his grandchildren, Brent, Alexis, Tatum, and Katie of Chestermere, AB. He is also survived by his ex-wife Linda Fox, Myles Farr of Calgary, AB, Shawn Farr (Kathy), grandkids, Dylan and Dustin; sister Eleanor Thompson (Fred), and brother Dave Fox (Linda), all of Ontario.

Ken’s hobby was woodworking. He would spend many hours in the garage cutting out projects. Ken and Jean Calon (Linda’s mom) had worked on lots of projects together and we are blessed to have many things to remember them by.

Ken loved his family, and his most favorite people were his daughter and grandkids. You would often find him sitting in the rink watching his grandkids playing hockey. When he noticed the refs mess up a call, he would loudly offer them his eyeglasses - he was such a character!

Heaven gained an angel, and we lost a great man. We love you so much and wish we had more time with you.

A Celebration of Ken’s Life will be held at McInnis & Holloway (Deerfoot South, 12281 – 40th Street SE, Calgary, AB) on Friday, July 15, 2022, starting at 2:00 p.m. Reception to follow in the Hospitality Centre at the Funeral Home. Condolences, memories, and photos may be shared and viewed here.