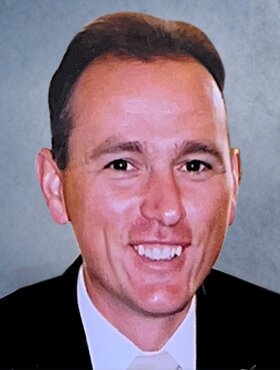 It is with heavy hearts that we announce the passing of Garth Wenc on Wednesday, July 6, 2022, in Calgary, Alberta at the age of 57.

Garth always wore a smile, and his presence was felt in any room he entered. Garth was a born and raised Calgarian and the first-born son. Garth grew up in their family home in the Varsity community where he attended school and graduated from Sir Winston Churchill. He went on to Mount Royal College, where he received a diploma in Business Administration. Garth was an entrepreneur at heart, his first job was delivering papers for the Albertan, he successfully ran his own distributorship for Spitz Sunflower seeds, worked many years in the car wash industry, and finished his career at Saputo. But a move to Kane’s Harley Davidson a few years back sparked his love for the open road. He rode many miles on his bike, going on annual trips to BC with friends.

Garth had many accomplishments in his life but nothing more precious than his two daughters, they were his pride and joy! He also had a very close relationship with his immediate family; events were always memorable with his antics. Garth was a fierce protector of his family and would do anything for his friends.

A Memorial Service is planned for close family and friends. However, the next time you are on a beach, preferably his favourite at Rio Jalisco, tip a Corona and say, “Vaya con Dios Garth, may you rest in peace”!

Please feel encouraged to share your favourite memories and photos of Garth here.

Share Your Memory of
Garth
Upload Your Memory View All Memories
Be the first to upload a memory!
Share A Memory
Send Flowers