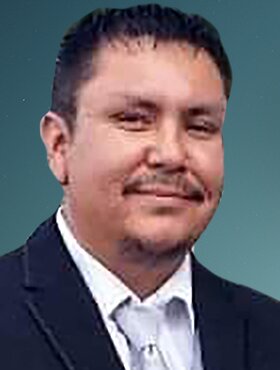 With heavy hearts, the family are deeply saddened to announce the sudden passing of the beloved Terrence John “TJ” Rattlesnake on Wednesday, July 6, 2022 at the age of 40 years. He was a beautiful brother, father, son, uncle and friend.

TJ was a genuine soul who loved his family and friends dearly. He was born and raised in Calgary, AB and attended Lord Beaverbrook High School. He possessed great workmanship in his skilled trade as a roofer. He worked alongside his brothers and enjoyed his favorite pastime with them too as an avid online gamer. He lived to be a father to his only daughter, the joy of his life.

He will be greatly missed and lovingly remembered by family and friends in Calgary, Tsuu T’ina and Maskwacis.

Share Your Memory of
Terrence
Upload Your Memory View All Memories
Be the first to upload a memory!
Share A Memory