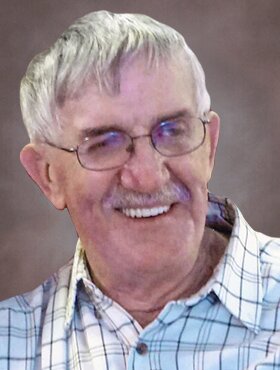 Victor “Zeke” Bronson passed away peacefully surrounded by loved ones on Monday, July 18, 2022, at the age of 90 years.  He was the beloved husband of Arleen (nee Anderson) for 39 years.

Vic was born in Hardisty, Alberta, the third of six children born to Lulu & Earl Bronson.  Although he also lived in Ontario and British Columbia, he & Arleen finally settled in Calgary, Alberta to be closer to family.

“Zeke” had a long career in the Gas Pipeline industry, spending more than 50 years working with companies including Majestic, Price, Bannister, etc. and travelling all over Canada for his job.

Vic made countless friends throughout his life, on the pipeline, in Arizona and around the neighborhood.  He was a skilled handyman who was willing to tackle any project.

During retirement, Vic and Arleen spent 19 winters in Mesa, Arizona where he could golf and travel and enjoy visiting with family and friends.  He was an amazing listener and had lots to share with others.

Vic was particularly proud of his home and yard and was always making improvements.  If Arleen couldn’t find him, he was usually in the garage puttering or building shelves.

Vic’s favourite saying was “irregardless”, which he knew was a double negative!  He had an awesome sense of humor and could talk to anyone.  His presence will be deeply missed by all who knew him.

Arleen says that Vic was the ‘best thing that ever happened to her” and she will miss him desperately.

Funeral Services will be held at McInnis & Holloway (Park Memorial, 5008 Elbow Drive SW, Calgary, AB) on Friday, August 5, 2022, at 2:00 p.m.  Family and friends who are unable to attend in person are invited to join Victor's service streamed live (see below) on the day of the service. Condolences, memories, and photos may be shared with Victor’s family here.

In lieu of flowers, donations may be made to the charity of your choice.

Share Your Memory of
Victor
Upload Your Memory View All Memories
Be the first to upload a memory!
Share A Memory
Send Flowers