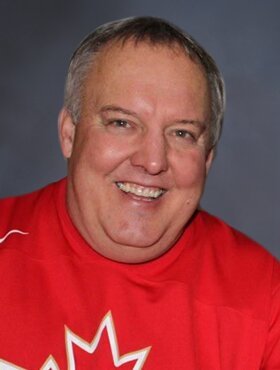 Wolf was born in Oliver, British Columbia on February 21, 1953. He moved to Calgary, AB as a young boy, with his parents, Irmgard Graham and Herman Schroeder, and his younger brother. Wolf graduated from the Southern Alberta Institute of Technology, with a diploma in Civil Engineering. He worked tirelessly and enthusiastically for over thirty years, before eventually retiring from Pembina Pipelines. He loved his work and his colleagues, and was constantly telling stories of practical jokes, travelling, small meaningful moments, and other work-related adventures. He was proud of his work, and he did it well.

Wolf was always a jock, with a passion for running, baseball, tennis, football, golf, and swimming in the lake. He completed several marathons, half marathons, and an Iron Man during his lifetime. He was a soft, gentle soul who was fiercely protective of those he loved. He collected wooden ducks, artwork, garden gnomes, and sports memorabilia. He loved his dogs, Bella and Bronx, and would go out of his way to point out every single bulldog he saw in public.

He loved mocha red eyes from Second Cup and lattes from Weeds Cafe. He managed to do quite a lot of travelling with the people he loved in his lifetime, including a life-changing road trip to the East Coast with his daughter in 2016. Music brought him a lot of joy. His daughter fondly remembers long road trips to BC, blasting the Beach Boys, Led Zeppelin, The Beatles, Queen, and many other classics.

Wolf was a rare individual, and an extremely kind human being. He would go out of his way to help just about anyone in need and dedicated his life to bettering the lives of those around him.

Wolf will be deeply missed, and fondly remembered by all who were lucky enough to know him.

Share Your Memory of
Wolfgang
Upload Your Memory View All Memories
Be the first to upload a memory!
Share A Memory
Send Flowers