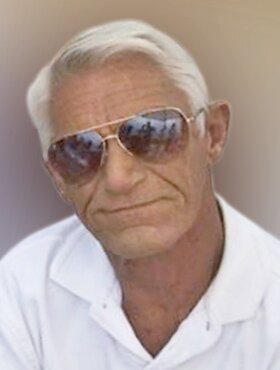 It is with sadness, that the family of Brian Korol, announce his peaceful passing on July 21, 2022, surrounded by his children, following a long battle with debilitating health problems.

Brian is survived by his 2 children, Bradley 38 (Ana), Kari 36 (James); his five grandchildren, Wyatt 13, Hunter 13, Aiden 12, Hudson 8, and Mariella 3.  He is also survived by his two sisters, Gloria (Wayne) Smith, of Prince Albert, SK, and Debbie (Barry) Ferner of Saskatoon, SK; as well as his many nieces, nephews, and other relatives.  He was predeceased by his parents, Marion and Steve Korol, and his brother Larry.

Brian was born in Prince Albert, SK, in 1954.  After graduating from L.P. Miller High School in 1972, Brian almost immediately set forth on what would become a long career in the Seismic industry, where he traveled from Texas to the Arctic Circle in the search of oil and gas.  During his early years in the industry, he continued working the family farm in Choiceland, SK, until 2000, when he no longer continued the farming lifestyle.  At this time, he decided to move his family to Calgary, to pursue a long-time dream of working in a supervisory position in the Seismic Industry, where he remained until retirement on June 1, 2015.

During his career in ‘Seismic’, Brian developed a strong reputation for integrity, ingenuity and admiration from piers and clients.  Brian established deep friendships that carried on through retirement.

In addition to his achievements in the Seismic Industry, Brian was most proud of his children and grandchildren.  Another moment of pride was in the completion of the dream home that he designed and built with Shelly, on an acreage just outside of Choiceland SK, where they resided until moving to Calgary.

Brian had a passion for family, farming, fishing, hunting and sports, which he loved.  Brian enjoyed tuning in to see the Roughriders and Blue Jays all summer and the Calgary Flames in the winter.  He was happiest when able to see his grandsons play hockey.  He enjoyed political discussions, over a cigarette and a cup of coffee with a friend or family member whenever he could.