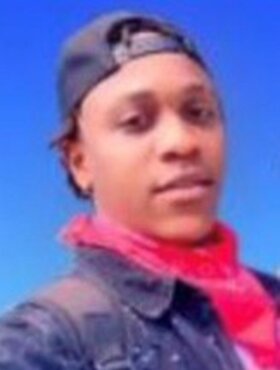 Luky accomplished much throughout his life and was particularly proud to have a very caring mom and dad. He could not have done anything without them. Luky enjoyed spending time with family, playing video games, watching Netflix, and dancing to afrobeat music. He liked playing soccer and doing karate. He had many trips with his dad to Uganda, Rwanda, and Djibouti, but Luky’s most memorable vacation was when he went to Dubai with his dad. Luky’s favourite food was African food ‘ugali’ and brochette (meat). He will be mostly remembered for his love for his family, his smile, and his willingness to help others.

Besides his loving mother and father, Caritas Ndayihereje and Ignace Bimenyimana, Luky is survived by his three young sisters, Diella Arnelle Bimenyimana, Dany Allegra Bimenyimana, and Ramona Dorelle Inderere, who all reside in Burundi, Bujumbura. Luky was the firstborn and only boy in the family. His sisters will miss him very much. Luky is also survived by his uncles, aunties, cousins, and grandparents.

Share Your Memory of
Luky
Upload Your Memory View All Memories
Be the first to upload a memory!
Share A Memory
Send Flowers