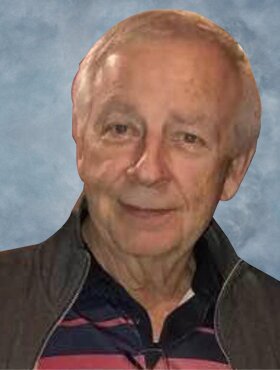 A Celebration of Life

Steve Nagy, beloved husband, father and grandfather passed away peacefully on Wednesday, July 27, 2022 at the age of 78 years.

Survived and lovingly remembered by his wife of 55 years, Lyn; his daughter, Shelley Maund (Jeff) of Okotoks, AB; son, Michael (Trina) of Calgary, AB; and proud papa to five grandchildren, Bailey, Chance, Draytin Maund, Ashton and Adison Nagy. Steve is also survived by his cousin, Leigh Broadhurst (Diane) of Cochrane, AB; brother-in-law, Bob Johnston (Darlene) of Edmonton, AB; and sister-in-law, Lois Phillips (Ray) of Calgary, AB; his best bud of over 60 years, Al Chambers (Jody) of Calgary, AB; as well as his extended family and friends who he quietly cherished.  With love and support from the Hamilton Family.

Steve was a kind and sweet man who always saw the best in people.  He was fiercely proud of his children and grandchildren and shared his own special bond with each of them. Steve loved travelling, sports, photography, and car races.

If friends so desire, memorial tributes may be made in Steve’s memory to a charity of donor’s choice.

Share Your Memory of
Steven (Steve)
Upload Your Memory View All Memories
Be the first to upload a memory!
Share A Memory