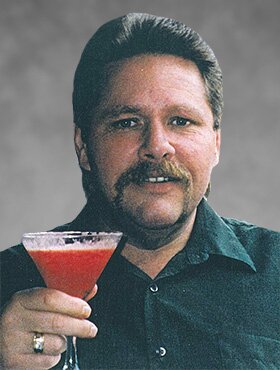 Randy Fraser, beloved husband of Yvonne Fraser (nee Gibbons), of Heritage Pointe, AB, passed away suddenly at home with his wife by his side, on Friday, July 29, 2022, at the age of 62 years.

Randy was born in Winnipeg, MB on November 9, 1959. He was an energetic and headstrong youth who spent much of his time outdoors. He loved to snowmobile up and down the Red River in the wintertime, and during the summer, he was an avid fisherman.

Randy went to culinary school at Red River College in 1982. He moved to Calgary, AB in 1990, where he met and married Yvonne in 1994. They were together for 28 years. In 1998, they opened their own restaurant together, Michael’s Bistro, in southwest Calgary.

Randy had a passion for old muscle cars and was an avid coin collector. He enjoyed his annual family vacations to Vancouver Island, where he spent time on his boat, fished and lazed on the sunny shores of the Pacific Ocean. Trips to Newfoundland to visit his in-laws were also fond memories of his, where he always promised to be “screeched in” next visit. As well, some of his memorable family road trips were to Winnipeg, Las Vegas, and Montana.

His family wishes him a safe journey and takes solace in knowing he is no longer suffering. They would like to express their gratitude for the health care workers who provided compassionate care for him, including Dr. Karczewski, Sahar, Thea, Liz, and Christine. His wife and children were strong advocates for facilitating his treatment in his home, as per his request.

“Now I understand what you tried to say to me,

How you suffered for your sanity.”

Share Your Memory of
Randy
Upload Your Memory View All Memories
Be the first to upload a memory!
Share A Memory
Send Flowers