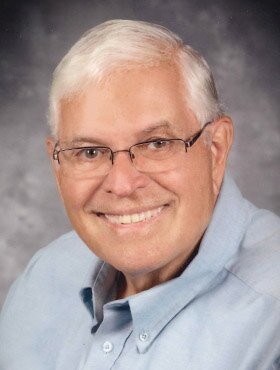 On Saturday, July 30, three days after his joyful 85th birthday celebrations, Bill Love of Calgary, AB passed away at home with family by his side.

Bill grew up in post war Toronto with his sister Eleanor and brother Morgan. His Irish immigrant parents instilled into his DNA a love of family, church and hard work.

Bill began his insurance career in Toronto. In 1961, with the promise of a raise of five dollars a month, he was transferred to Calgary. For the next 50 plus years he served various insurance companies and brokerages competently often driving all over Southern Alberta taking pictures and measuring properties to quote on potential business. Bill was knowledgeable and well-respected in the industry and built an extensive portfolio in general, commercial and life insurance. Hundreds of students took his insurance training courses through the Insurance Institute.

Bill had a passion for singing! In Toronto, he was invited to sing with a variety of church choirs and ultimately sang with the choir at St. Mary Magdalene Anglican Church under the renowned composer Healey Willan. Soon after arriving in Calgary Bill joined The Cathedral Church of the Redeemer choir. Fellow choir members became lifelong friends. Over the years, he was also a valued member of Foothills United Church choir, McDougall United Church choir and The Master's Singers.

Bill married Evelda Harmel on July 17, 1965 in Maidstone, SK. They have two sons, Kevin and Michael. Bill actively supported the boys’ sports endeavors managing hockey teams, spending endless hours flooding outdoor rinks, fundraising and driving to various arenas while ensuring that the boys learned sportsmanship and perseverance. Bill had great love for and was proud of all his family. Visits with the grandchildren and the granddog were especially treasured! He is remembered by all for his great smile. Faith, integrity and compassion were bookends of Bill's life. He was loved by all who knew him. He told us he had a good life!

Bill enthusiastically volunteered on successful political campaigns. He served on Alberta Government Advisory Boards and participated actively in the National United Church Men's organization (AOTS). He made great friendships as a member of the McDougall Men’s Group. Bill was well known at the local library where he always left with a ‘bag’ of books!

The family enjoyed numerous trips every year to visit relatives in Saskatchewan and Ontario as well as eighteen summers vacationing at the Sandcastle Resort in Kelowna. A family trip to Disneyland was a highlight! Bill and Evelda took several cruises, visited New York and New Jersey frequently and traveled to many countries including China, Egypt, Ireland, South Africa, Norway, Scotland, Germany, Turkey, the Czech Republic and Israel.

Family and friends are invited to a Celebration of Life Service at McDougall United Church (8516 Athabasca St. SE Calgary, AB) on Saturday, September 10, 2022 at 11:00 am. The service will also be livestreamed. For more details or to leave condolences, memories and photos please visit www.McInnisandHolloway.com.

If friends wish, memorial donations may be made to McDougall United Church, The Janus Academy or to the Tom Baker Cancer Centre.

We are grateful for the unwavering love and support of family, friends, and the Palliative Care team throughout Bill’s illness.

Share Your Memory of
William (Bill)
Upload Your Memory View All Memories
Be the first to upload a memory!
Share A Memory