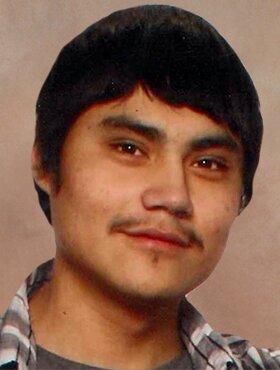 Fergus attended Morley Community School; he was the youngest in the family. Fergus was very passionate about drumming and travelling to pow-wows when he was younger. He sang with the HunterHillz drum group, which included his brothers, cousins, and nephews. Fergus also enjoyed playing baseball, skating, riding quads, going fishing, hunting, and camping. He was knowledgeable when it came to mechanics, he liked fixing vehicles. Fergus offered his help to anyone in need, he was outgoing and caring, but he also had a comical side.

Fergus is survived by his mother Audrey, his stepfather Jerry who helped raise Ferg, his son Keenou Amos, whom he loved very much, and siblings, Josette (Clifford JR), Augustine (Bobby), Cyrus (Florida), Ernnlynn and Marcus. We apologize if we have missed anyone.

Share Your Memory of
Fergus
Upload Your Memory View All Memories
Be the first to upload a memory!
Share A Memory
Send Flowers