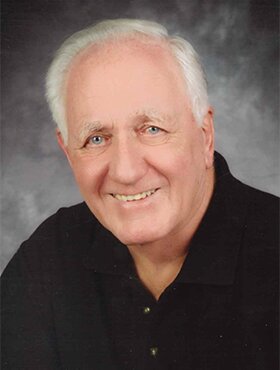 Ken Tusz of Calgary, AB passed away peacefully on Wednesday, August 3, 2022, at the age of 81 years after a two year battle with cancer.

Ken graduated from the University of Saskatchewan in 1964 with a Degree in Education majoring in Physics, Chemistry and Mathematics, and in 1967 with a Masters in Physics.  His first teaching position was in North Battleford, SK where he met and married his wife Pat, later moving his young family to Calgary, AB in 1967 where he taught high school at Ernest Manning, Forest Lawn, Western Canada and E.P. Scarlett.  He also taught summer school for many years as well as night school in computer learning.  When computers were first coming into the school system he created a program for many of their libraries.

He was active in Cubs, Scouts, Alberta Teacher’s Association and the Church choir.  Always the devoted father he spent many hours on paper drives, bottle drives and delivering newspapers with his children.

Pat’s desire to travel the world saw Ken packing up his family of four in 1971 and heading off to Smithfield Plains, South Australia where he secured a two-year high school teaching position.  The month-long return trip to Canada saw the family on a cruise ship touring the South Asian Islands on their way to Hong Kong and finally Japan.  Ken and Pat’s love of Australia resulted in five return trips where twice they toured the Outback in a 4x4 Bush Camper.  After their retirement their main occupation became travelling, sometimes two to three places in a year.

Ken was predeceased by his parents Louis and Erma, brother Louis, sister Irma and nephews Mihaly and Yuri.

Funeral Services will be held at the Lakeview United Church (3023 63rd Avenue SW, Calgary, AB) on August 15, 2022 at 1:00 p.m.  A Reception will follow the funeral service.  Graveside Service will be held at a later date.