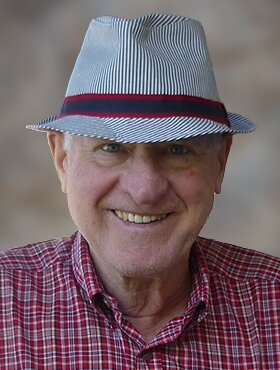 It is with great sadness that we announce the peaceful passing of Silvano Duregon on August 1, 2022, surrounded by his family.

Silvano Antonio Duregon was born in Morgano, Treviso in Italy and emigrated by ship to Canada at age 10. The family settled in the town of Trail, British Columbia. Silvano was an avid sports enthusiast, mastering English quickly on the soccer pitch before the classroom. He matriculated high school in Trail and went on to pursue a Bachelor of Arts in English at Notre Dame University in Nelson, British Columbia, where he also served as Student Council President and a star basketball player. It was here that Sil began developing an interest in hockey, and the sport would become a lifelong passion. During his time at Notre Dame, he met his future wife, Beverly (nee Campbell), and the couple married on October 12, 1968, in Kelowna, British Columbia.

Silvano went on to attend graduate school, pursuing a Master’s degree in Education at Gonzaga University in Spokane, Washington. Sil and Bev soon welcomed three beautiful children to the world, Audra Ann, Kelly Jean, and Shaun Silvano, and so began a lifetime of selfless and devoted care of his children, in their many and varied pursuits. After spending a short time teaching in Kelowna, British Columbia, the family relocated to Calgary, Alberta in 1977, where Sil joined the Calgary Catholic School District. There, Silvano dedicated himself to a long and joyful career as a teacher, a sports team coach, and mentor to hundreds of high school students and staff. Sil taught and provided guidance and counselling support to youth and families at St Anne, St Peter, Our Lady of the Assumption School, St Mary’s, Bishop Carroll, St Francis, and Father Lacombe High Schools. He retired from his 30-year teaching career in 2007 to pursue global travel adventures with Bev to Mexico, Croatia, Italy, Spain, Turkey, India, Ecuador, and the Galapagos, in between annual winter escapes to Phoenix, Arizona.

Later, he and Bev enthusiastically welcomed grandsons Oliver Alexander (2003) and Dhani (2013). Their grampa spent countless, joyful hours watching trains, tying laces, sharing snacks, playing catch, and imparting his many years of coaching and mentorship wisdom to the next generation. Silvano’s early interest in sports was enduring, through a lifetime of personal involvement in soccer, basketball, football, slow pitch, and hockey; he sparked many similar passions in his children and grandchildren. While he officially hung up his skates in his early 70’s, he remained steadfast in his pursuit of his fitness and wellness goals, even asking his care team for an exercise prescription in the final weeks of his life. Silvano deeply inspired his family, his colleagues, and his students with his happy countenance and quietly earned himself a reputation as a truly gentle man. He taught and mentored by example through his courage, unflagging optimism, and resolve. He will be dearly missed by his family and friends, alike.

Silvano lived well and benefitted daily from the foresight, care, and support of many amazing healthcare professionals, for the better part of a decade. We owe them an immense debt of gratitude for preserving dad’s quality of life. The family would like to warmly thank Drs Kennedy and Lord (West Springs Medical), Dr Wong and his excellent team (Haematology, PLC), Dr Liam Martin and staff  (Rheumatology, FMC), Dr Helen Montgomery (Pomelo), Dr Matt James (Renal Medicine, FMC), and Dr Sean Grondin (Surgery, FMC). Special thanks to Dr Leyla Samii and Dr Jillian Arnold (Unit 57, Geriatrics - RGH), and Dr Sarah Pawlik and the palliative care team at RGH. Sil spent his final days enjoying the beautiful garden and warm care of the Chinook Hospice staff. His final hours were spent under the watchful and gentle care of nurse Carolyn, who made sure his family was by his side when he left the world.

A Memorial Celebration will be held at McInnis & Holloway (Fish Creek, 14441 Bannister Road SE, Calgary, AB) on Wednesday, August 24, 2022 from 2:30 p.m. to 4:30 p.m. A second, private celebration will follow in Kelowna, British Columbia. Condolences, tributes, memories, and photos can also be shared and viewed here.

If friends so desire, please consider donating in Sil’s name to The Palliative Care Early and Systematic (PaCES) Project at the University of Calgary (https://engage.ucalgary.ca/SilvanoDuregon).

Share Your Memory of
Silvano
Upload Your Memory View All Memories
Be the first to upload a memory!
Share A Memory
Send Flowers