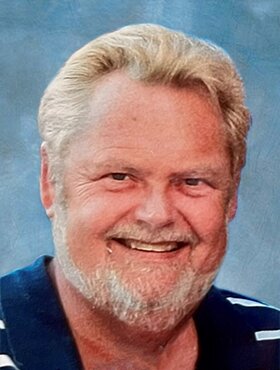 Fred Somerville of Calgary, AB passed away on Monday, August 15, 2022, peacefully at his home surrounded by family at the age of 73 years.

Fred – or Freddie – was a good and generous man who had a great appetite for life and enjoyed it with gusto. Like his father, he was highly intelligent and had a high standard of ethics and a photographic memory. He was not shy in sharing his thoughts or opinions on any subject and was occasionally known to do so forcefully. He grew up in post World War II in Toronto, ON, a bygone era, and attended St. Andrew’s College in Aurora, ON. This experience had a significant and beneficial impact on him as he grew into a young man. Fred first graduated from the University of Toronto and then attended the University of Grenoble for an intensive program to learn French. Subsequent to this, Fred obtained his law degree at the University of Alberta. Fred then joined a well-respected law firm in Calgary, AB, Howard Mackie, and with a cohort of young lawyers grew the firm’s business and reputation.  The firm was ultimately absorbed into the national law firm of Borden Ladner Gervais (BLG).

Fred met Marie Moore, the love of his life, in the early 90’s and they enjoyed a full life together with many overseas trips, experiencing different countries, cultures, food, and wine. It was largely due to Marie’s love and devotion that he lived as long as he did.

Fred is survived by his wife Marie; his brothers, David and Bill (Susan); sisters, Sarah and Nanci; and his extended family, which includes many cousins, nieces, nephews, great-nieces and great-nephews. He also had many special friendships created over the years that lasted into his retirement. He enjoyed creating many special memories together with all his family and friends.

A Celebration of Fred’s Life will be held at the McInnis & Holloway (Fish Creek, 14441 Bannister Road SE, Calgary, AB) on Monday, August 22, 2022, at 2:00 p.m. A social reception will follow in the Hospitality Centre on site and family and friends can share stories. Condolences may be viewed here.

Instead of flowers, Fred would have appreciated donations made to support the veterans, which was a cause near and dear to his heart. If friends so desire, memorial tributes may be made in memory of Frederick Somerville directly to the Royal Canadian Legion (Branch #285 - Calgary Centennial Branch Legion), 9202 Horton Road SW, Calgary, AB T2V 4X4, Phone number 403-255-5772. https://www.legion.ca/donations.

The family is very grateful for the support Fred received from a team of caregivers over the last years of his life, particularly Judy, Hazel, Cyrus, and Gemma, in addition to Danny, Marigen, Nancy and Priscilla.

Share Your Memory of
Frederick (Fred)
Upload Your Memory View All Memories
Be the first to upload a memory!
Share A Memory