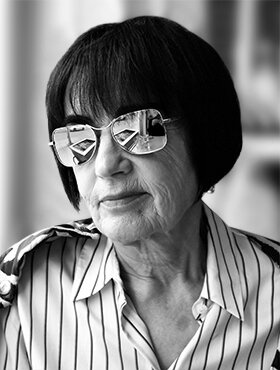 Marian Boychuk, beloved wife of Ivan Holloway of Calgary, AB, passed away on Monday, August 22, 2022 at the age of 68 years.

Marian was dedicated to her family, spending time with her loving husband Ivan and sons and all her grandchildren. Her most memorable vacation was a family trip to the Cayman Islands with Ivan and their children. Followed by another memorable vacation with her husband, sons, daughter-in-law Katie, and grandchildren to San Diego. It was Marian’s plan to go to San Diego again this year.
She will be most remembered for her love of life, sense of style, her intelligence, values and morals.

Besides her loving husband, Ivan Holloway, Marian is survived by her sons, Sid Holloway, John Holloway, and Kai Holloway; her daughter-in-law Katie; and her three grandchildren, Madelyn Jane, Jack Robert, and Georgia Lucie Holloway. She is also survived by her brothers, Milton, Albert, and Jim Boychuk, her sisters-in-law, Lilian and Nara, as well as numerous cousins, nephews, nieces and her many friends who loved her dearly. Marian was predeceased by her parents, John and Regina (nee Brosseau) Boychuk; and her brothers, Nic Boychuk and Ron Babiuk.

A Funeral Service will be held at McInnis & Holloway (Park Memorial, 5008 Elbow Drive SW, Calgary, AB) on Sunday, August 28, 2022 at 2:00 p.m.  Reception to follow in the Hospitality Centre at the Funeral Home. Condolences, memories, and photos can also be shared and viewed here.

Share Your Memory of
Marian
Upload Your Memory View All Memories
Be the first to upload a memory!
Share A Memory