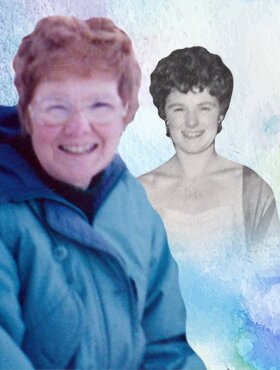 We are profoundly sad and yet grateful for a life well lived.

She is predeceased by her father and mother, George and Florence Honeyman, sister Lillias White, and sisters-in-law, Sheila Honeyman and Margaret Kirk.

Anne met her husband David through badminton in Scotland (eventually immigrating to Canada and settling in St. Albert, AB) both they and their children have had a passion for tennis and badminton, playing in many tournaments and social events and making lifelong friends. Anne was an original member of the St. Albert Tennis Club, as well as belonging to various clubs in Calgary including the Edgemont club, Calgary Tennis Club, and Calgary Winter Club. Anne was a proud Scottish woman and stuck to her principles, she loved clothes, knitting, and enjoyed a good laugh. Anne was devoted to her family especially her grandchildren. She will be dearly missed.

“Anne has as many shades as a rainbow and every shade is the prettiest while it lasts” (L.M. Montgomery).

The family would like to thank the staff at the Edgemont Revera for their amazing care.