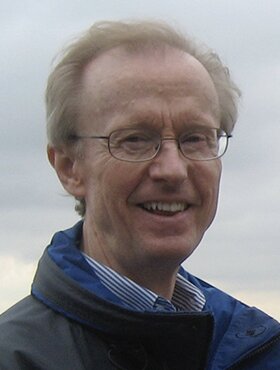 Doug was born in Calgary, AB, on July 11, 1950. He attended Crescent Heights High School and graduated from the University of Calgary with a degree in Bachelor of Commerce. Doug worked as a tax accountant for several oil and gas firms over the years. He was a proud member of the Chartered Professional Accountants of Canada (CPA Canada).

Doug valued his time at the Calgary Winter Club. He enjoyed beating his friends at bowling and teaching his granddaughters how to skate and swim. Doug accomplished much through his life and was particularly proud of seeing his daughters and granddaughters grow up to become the people they are today. He loved coffee dates with family, playing backgammon with his cousin Rick Schneidmiller, and catching up with dear old friends.

His favourite movie was Young Frankenstein, and he loved to quote it. So, say “Walk THIS way”, and then do a silly little walk to make yourself smile today. Doug would love that!

Share Your Memory of
Doug
Upload Your Memory View All Memories
Be the first to upload a memory!
Share A Memory
Send Flowers