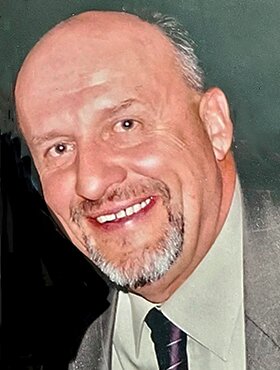 The loving Dennis Anthony Broda, beloved husband of Judy Broda (nee Baron), of Calgary, AB, passed away on Wednesday, September 7, 2022, at the age of 71 years.

Besides his loving wife of 51 years, Judy, Dennis is survived by his daughter Kari, son Mike (Kelly), and two grandsons, Hunter, and Mason. Dennis is also survived by his two brothers, Bernie (Rae) and Bob (Val), and his sister Sharon. All of Dennis’ brothers and his sister gave him nieces: Erin (Chris), Kelly (Jason), Kristen (Steve), Melissa (Chad), Jenny (Spencer), and Zoë (Chris), who are spread across the country. Dennis was predeceased by his younger brother Billy, who passed away at a very young age, and then by his parents, Barney and Nellie Broda.

Dennis was born in Kamsack, SK, on March 30, 1951. He moved to Calgary, AB, in 1969, to pursue his career in the drywall industry. He worked for Thiele Drywall Company for several years before he and his brother Bob decided to start their own drywall company in 1988, which became a huge success over the years.

Dennis was an extremely hard-working and loving man who would help absolutely everyone that he could, whenever he had the opportunity. His passions early on were hunting and fishing. Elk hunting by horseback with his friends and brothers was an annual fall event. Salmon fishing on the West Coast and walleye fishing at Madge Lake were some of his favourite times on the water. His latest obsession was golf, which took him all over the continent and then some.

Dennis was lucky enough to travel to several countries all over the world and spent his recent winters living down in Palm Springs, where he and Judy would open their home to all of their friends and family. He will be most remembered for his great sense of humour and his kind heart, that reached out to everyone. Dennis was a huge family man and managed to keep in touch with his relatives across Canada, and even as far as New Zealand.