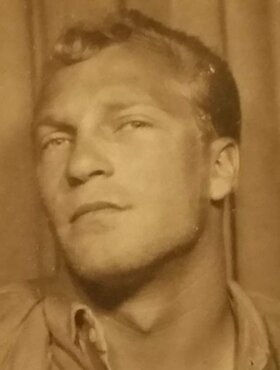 Donald “Don” Dale Lesmister, beloved husband of Myrna Coleman of Calgary, AB, passed away on Friday, September 9, 2022 at the age of 76 years.

Don accomplished much through his life and was particularly proud of his love of vehicles and the love of his family. He spent a lot of time working on his vehicles and enjoyed being behind the wheel of his gravel trucks. In his spare time, he enjoyed spending time with his sons, grandkids and his wife. He enjoyed watching the Calgary Flames and Calgary Stampeders. He was an avid fan of both sports and would eat banana splits as he watched the games. You could always find him adventuring around the neighbourhood of Montgomery. Don enjoyed eating a donair, with a coffee and crossword puzzles.

Don’s favourite saying is, “Shiny side up, greasy side down.” He will be most remembered for his sense of humour, his willingness to help others and his knowledge and passion for vehicles.

Those wishing to pay their respects may do so at McInnis & Holloway (Heritage, 1708, 16th Avenue N, across from the North Hill Shopping Centre, Calgary, AB). The family will be hosting a Celebration of Life at a later date.

Share Your Memory of
Don
Upload Your Memory View All Memories
Be the first to upload a memory!
Share A Memory