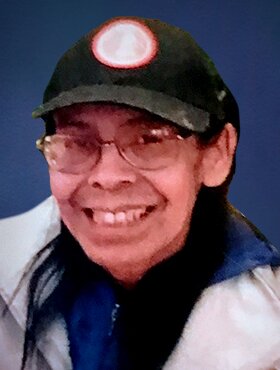 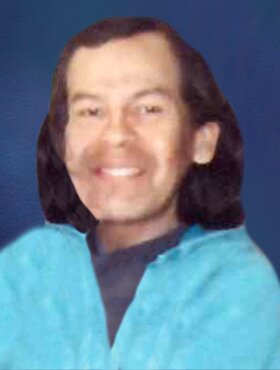 Dale enjoyed movies, storytelling, hunting, helping his cousin sell his jewelry at Tsuu’tina Celebrations Annual powwow. He also liked to listen to music, like jukebox oldies to contemporary and classic rock. Dale spent most of his leisure time at Grey Eagle Casino enjoying the company of his friends he was closest to.

Dale will be missed by his family and friends; Norris, (cousins) Daryl Gibot, Melvin Onespot, his buddy Bruce L, his driver, Khalid, special mention to former Tsuut’ina Nation councilor, LeeRoy Meguinis who had spent time with Dale and lent a great deal of support. Siyisgaas to all those who helped our brother.

Thank you to the various healthcare workers who tended to him. A huge siyisgaas to our Chief and Council, Membership Dept, Contingency Dept, and to Public Works for their help at this time. Thank you to former Councilor Regina Crowchild and Our Lady of Peace Church for their help.

Dale worked as maintenance at the Sarcee Seven Chiefs Sportsplex from 1979 to 2004. We would like to thank the staff at the Sportsplex, especially Lee Roy Meguinis and Darryl Leinweber.

A Funeral Mass will be celebrated at Our Lady of Peace Catholic Church (3700 Anderson Road SW, Tsuut'ina Nation, AB) on Wednesday, September 14, 2022, at 11:00 a.m. Graveside Service to follow at Tsuut'ina Cemetery (Tsuut'ina Nation, AB). Condolences, memories, and photos may be shared and viewed here.

Share Your Memory of
Dale
Upload Your Memory View All Memories
Be the first to upload a memory!
Share A Memory