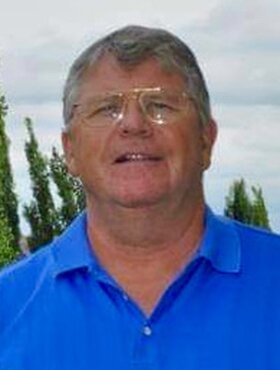 Paul was born in Calgary on November 13, 1949, to Bill and Ruth Ouellet, and spent his working life in jobs he loved. A lifelong music fan, Paul was a radio personality and broadcaster in Saskatchewan and Alberta in the l960s and 1970s. Following his early days in Rosetown, Camrose, and Calgary, Paul worked with ITV Edmonton and delivered voiceovers for SCTV. He served as on-ice, In-House Public Address Announcer for the Edmonton Oilers for a decade during their ’80s glory years and worked as a broadcaster for the Edmonton Trappers. After eight years of selling (a lot!) of advertising for the Edmonton Sun, Paul eased into retirement. He worked part-time, and played regularly, at golf courses in and around Calgary. Paul and Maxine travelled frequently and enjoyed time in Arizona, Texas, the Caribbean, Mexico, and Hawaii.

Paul fought a courageous battle with Parkinson’s Disease. The family wishes to thank Tudor Manor in Okotoks for their support and care in that journey.