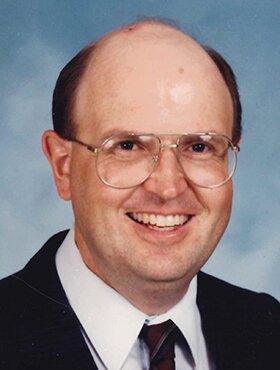 Grant Fearns beloved husband of Diane Fearns (nee Corley) of Calgary, AB, passed away on Sunday, September 11, 2022 at the age of 72 years.

Grant graduated with his Bachelor of Science from the Brandon University and went on to receive his Masters in Environmental Education from the University of Manitoba. He taught in rural Manitoba and Alberta for ten years and at the Crowsnest Pass High School for twenty years teaching Science and Biology. He retired in Calgary in 2009.

Grant and Diane were married in 1975 and they welcomed their two boys Mike in 1983 and Jon in 1986. He had a love and appreciation for the great outdoors, passing this along to both his children and his students. He loved to hike the marshes of Manitoba and snowmobile and fly fish in the Alberta Rocky Mountain streams.

Besides his loving wife, Grant is survived by his two sons and daughters-in-law, Jon Fearns and Sarah Wilton and Mike and Janine Fearns all of Calgary, AB; and his two grandchildren Benjamin and Hailey.

A Private Family gathering will be held at a later date.

Share Your Memory of
Grant
Upload Your Memory View All Memories
Be the first to upload a memory!
Share A Memory
Send Flowers