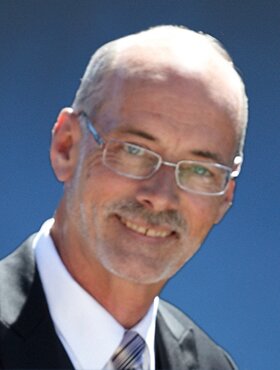 In 1971 at the age of 16, Chris met his high school sweetheart Jill.  She fell in love with his blue eyes, long hair, and his crazy sense of humour.  No one could make Jill laugh more than he could. They married in 1977. By 1984 they had three adoring daughters who were his pride and joy.  In 1989 he moved his family from Ontario to Alberta.

Chris continued his financial career where he was a well-respected businessman, mentor, and colleague.  In 2007 Chris’ dream of living on an acreage came true.  He could always be found buzzing around on the tractor, planting trees, and tinkering in his workshop to his hearts content.  In 2011 his heart continued being filled with the love and laughter of his four grandchildren. His tenderness, magic and playfulness brought them as much joy as they gave to him.  Chris’ sense of humour kept us laughing until his final days.

Chris is lovingly remembered by his wife of 45 years Jill; his three daughters, Sharlene (Ryan), Jennifer (Tammy) and Melanie; his four grandchildren, Jaxton, Jaida, Liam and Josslyn. Chris is also lovingly remembered by his siblings, Ted (Terri), Michael (Sue), Mary (Rick), Cathy (Brian), John (Rosanne), and Shirley-Marie, brother-in-law, Bob (Bernie), and sister-in-law, Sue; as well as 27 nieces and nephews, and numerous great nieces and nephews.  He was predeceased by his loving parents, Shirley and Edison.

In lieu of flowers, donations can be made in his name to the High River Cancer Centre at Donate – High River District Health Care Foundation (highriverhealthfoundation.ca) Please choose Memorial Donation and direct your gift to “Cancer Clinic Fund”.

Funeral Services will be held at McInnis & Holloway (Deerfoot South, 12281 40 Street SE, Calgary, AB) on Friday September 23, 2022, at 2:00 p.m. Reception to follow in the Hospitality Centre at the Funeral Home. Family and friends who are unable to attend in person are invited to join Mr. Laxton’s service streamed live (see below) on the day of the service. For those who are unable to view live, a recording of the service will be posted. Condolences, memories, and photos can also be shared and viewed here.

Share Your Memory of
Christopher
Upload Your Memory View All Memories
Be the first to upload a memory!
Share A Memory
Send Flowers