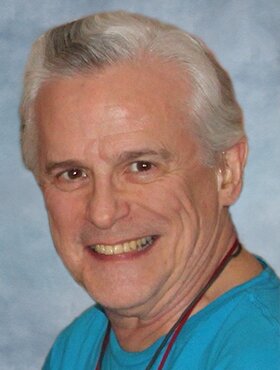 In loving memory of Larry Williams who will be missed dearly by his family and friends. You are now free. On Tuesday, September 13, 2022, the Williams' family unexpectedly lost a loving husband, brother, and father in their family home in Calgary, AB, at the age of 66 years.

Larry was born in Ontario on December 27, 1955. He moved to Calgary, AB, with his family in 1969, and graduated from high school in 1972. Due to Larry's logical and practical nature, he went to the University of Calgary, graduating with a degree in Computer Science. Larry started his career with the City of Calgary as a Programmer Analyst and was later promoted to Senior Support Analyst.

At the age of 27, Larry and Esther met, and they married in October 1982. Three years later they had their first son Paul and two years later Neil was born. Larry was a proud member of Trivia and other groups. He enjoyed cooking and experimenting in the kitchen and BBQ, using his family and friends as guinea pigs for his delicious creations. Larry enjoyed camping, fishing, and mountain hiking, especially in his younger years with his close relative Chuck, his brothers, and then later with his boys. He was skilled at carpentry and renovations, creating many projects around the house, and he helped Neil renovate several homes.

Larry’s favourite T-shirt slogan was "I disagree but I respect your right to be stupid". Larry was like a second father to his son's friends and was always willing to lend a helping hand. Larry was an avid and skilled gamer. He was a loving, patient, and caring husband. Larry will be most remembered for his enormous bear hugs, quick-wit, humour, warm and helpful nature, and especially his advice. He was a rock to his sons and will be greatly missed.

Larry is greatly missed by his wife Esther of 40 years, two sons, Paul, and Neil; and two older brothers, Cec (Bev), and Denis (Heather); as well as numerous nieces, and nephews. Larry was predeceased by his parents, Ross and Elizabeth.