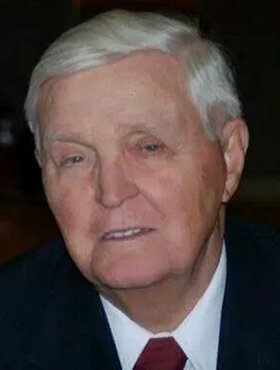 John Niewerth, beloved husband of Therese Niewerth (nee Garceau), of Calgary, AB, passed away on Tuesday, September 20, 2022, at the age of 91 years.

John was born in Gelsenkirchen Buer, Germany on September 22, 1930. He moved from Germany to Montreal, Quebec, Canada in 1953, where he met Therese at the Legion dance. Unable to speak English or French, he bowed, extended his hand, and requested a waltz. They were married two years later, on October 22, 1955.

John accomplished much throughout his life and was particularly proud of immigrating to Canada, learning to read, write and speak the two official languages of Canada, becoming a Canadian Citizen, his family and receiving an Exemplary Service Medal from the Governor General of Canada, for his service at the St. Vincent de Paul Penitentiary during the hostage-taking.

John enjoyed golf, bowling, and woodworking. John’s most memorable vacations were his trips with Therese to visit his sister Hedy in Osoyoos, B.C. He will be most remembered for his dedication and loyalty to Therese, his perseverance and his motivation for self-improvement.